Florence Welch has nurtured her injured vocal cords to full recovery and is ready to take on her North American tour. Are you in? 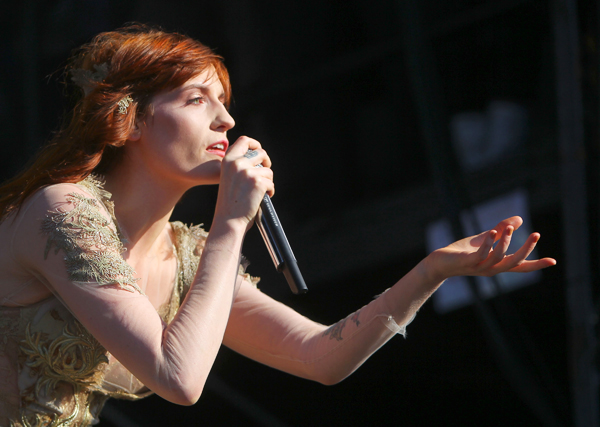 Oh, joy to the musical world!

Florence Welch of Florence and the Machine is back and has kicked off her North American tour following a vocal injury. First stop? Vancouver.

Welch was forced to cancel her appearances at Benicassim and Portugal’s Optimum Alive Festival because of “acute vocal strain causing swelling of the vocal cords.”

“I actually felt something go pop or snap, or whatever. Whatever it is, it was very frightening. I had to really adjust because it happened in the middle of a show,” the songstress told Us Weekly.

Although Rolling Stone magazine described Welch’s voice as “slightly restrained” at last night’s performance in the Couve (slang for Vancouver, of course), the 25-year-old musician assured her fans that “it’s all better now.”

Florence and the Machine is scheduled to tour the northern United States before returning to Canada to perform in Toronto and Montreal.

If you are unfamiliar with the theatrical musicality of Florence and the Machine, it’s an indie rock/pop British band that rose to prominence with its 2009 debut album Lungs and has since released a second record in 2011 titled Ceremonials; both albums reached the top spot on the U.K. charts.

The band’s lead singer, Florence Welch happens to be a Greek goddess of creativity descended from Mount Olympus itself, who leaves your mouth half open and gasping for air from the sheer reverence she rouses in the core of your very soul — fact. She pens the complex poetic lyrics for the band and then belts them out with a voice hardly worthy of mortal ears. As biased as that may sound, her vocal abilities have moved inanimate objects to tears… OK, we may be just a little biased.

But since Welch is back and fully recovered, this is a perfect opportunity to book them tickets for the Canadian shows (although they’re mostly sold out). We shall conclude with a single off Ceremonials called “Shake it Out.” Enjoy and opinionate!