Other than bantering back and forth with Madonna, Elton John has not been in the media much. Now the singer’s collaborative album with Pnau has reached the top spot in the U.K. — some good publicity at last. 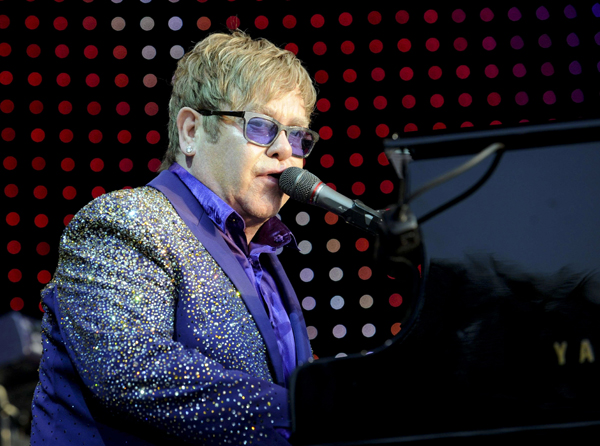 Sir Elton John has placed his musical tushy back on the chart-topping throne.

The 65-year-old singer’s album Good Morning to the Night, a collaborative effort with Australian duo Pnau, has earned John his first U.K. top spot since 1990.

Elton was reportedly inspired to put out an album with Pnau after listening to their 2007 self-titled record. The musical icon claimed that album to be the best he’d heard in a decade.

Good Morning to the Night unseated Newton Faulkner’s Write It on Your Skin, which plummeted 10 spots on the Brit music charts.

Of course, as mighty critics, we’d rather hear an original record from Elton John, but this will do. It’s a modern take on his famous tracks, and Pnau is more than qualified to remaster them. So sit back, take a listen and let us know what you think.