Although celebrities are often placed on a higher pedestal than the average public, it does not mean they don’t feel sadness when something very bad happens in the world. See how some celebrities and musicians connect with their fans and the rest of the world during hard times. 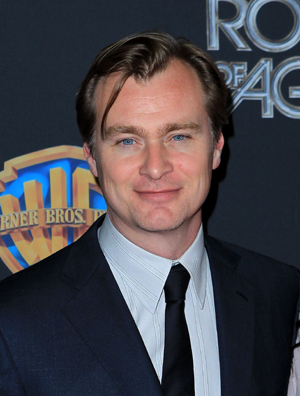 Celebrities and musicians, like their fans, are only human, and like most humans, they react when a tragedy happens among their loyal following, in their country or when anything else happens that touches them. Through social media — especially Twitter — it doesn’t take long for the rich and famous to voice their opinions, sympathies and sometimes even help, using their stardom to ease the sadness their fans are experiencing. Here are three tragedies that have brought together celebrities and their loyal fans.

In what was supposed to be a midnight screening filled with anticipation and excitement for the last instalment of the Batman movie, a fatal shooting took place at Century 16 Theater in Aurora, Colorado, with a masked, armed gunman killing 12 and injuring 38 moviegoers. With the devastating news reported only a few hours later, it didn’t take long for plenty of celebrities and musicians to respond. From reality diva queen Kim Kardashian, to NBA player LeBron James, to new mom and musician Jessica Simpson, the Twitter condolences from the stars were completely honest and real, showing the world that even though Hollywood may exist in its own bubble, celebrities are just as emotionally touched as everyone else. Director Christopher Nolan wrote a statement on behalf of the crew and cast, expressing “profound sorrow at the senseless tragedy.” Nolan further wrote, “the movie theatre is my home, and the idea that someone would violate that innocent and hopeful place in such an unbearably savage way is devastating to me.”

It’s always a bummer when an interactive event such as Comic-Con — known for being the yearly mecca for those obsessed with sci-fi and all things associated with it — turns into a sad occasion. This was exactly the case at the San Diego Comic-Con 2012 after an avid Twilight fan, 53-year-old Gisela Gagliardi, was hit and killed by a car. According to movieweb.com, Gisela was hit by a passing car while trying to cross the road to join the line for the Twilight Saga: Breaking Dawn panel. The death of this loyal fan was sad news for the cast and crew of the vampire trilogy, with Ashley Greene (who plays Alice) tweeting her heartbreak: “I’m so sorry to hear the [devastating] news about Gisella G. My thoughts and prayers are with her family and friends. :(” Even Twilight author Stephenie Meyer paid her respects by wearing a black ribbon in honour of Gisela, and she told Yahoo! Movies, “all of this is fun, and then all of a sudden that just really puts it in perspective, what’s really important.” How moving is it that an author cares this much about her fans?

Going to a concert or festival is supposed to be fun, but sometimes Mother Nature and unforeseen circumstances can wreak havoc, which is exactly what happened at two separate musical events in recent memory. Last summer, country duo Sugarland was devastated when five fans died and 40 others were injured after the stage collapsed at the Indiana State Fairgrounds, caused by unstable weather and a strong gust of wind. Band member Jennifer Nettles tweeted her prayers for their fans, and the duo even planned a memorial dedicated to the victims. Unfortunately this past June, another stage collapse occurred, this time while stage crew were setting up for a Radiohead concert in Toronto, Canada. Drum technician Scott Johnson was killed and three others were injured when the stage at Toronto’s Downsview Park came crashing down. So distraught by what happened, the British rock band immediately cancelled the concert in Toronto and wrote on its website about how “lovely” and “positive” Scott was and how their thoughts were with his family.

Aaron Sorkin: The man we love to hate
Adam Lambert guest starring on Pretty Little Liars
Getting snubbed by the Emmy’s isn’t so bad