Colour us excited! Adam Lambert the powerful is going to make a guest appearance on the teen show Pretty Little Liars. 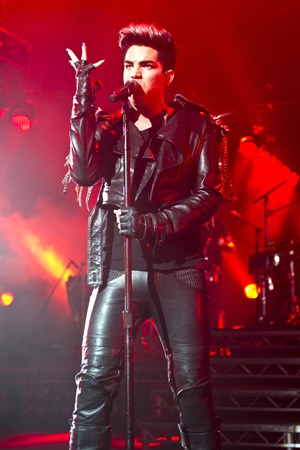 It appears the world of Rosewood has sucked in yet another victim into its complicated warehouse of plots.

Adam Lambert is scheduled to make a guest appearance in the Halloween episode of teen series Pretty Little Liars.

If you are unfamiliar with the show, it’s set in the fictional town of Rosewood and centres on a clique of girls whose “queen bee” mysteriously died, and an unnamed character is threatening to reveal all their secrets. Dun, dun, dun… Who knew teenage girls could have such dramatic and twisted secrets?

Lambert is going to play himself and is promised to even perform two songs. If that’s not a good reason to tune in to the show, what is?

We are still hoping the singer will be picked up as one of the judges on American Idol — fingers crossed, errbody.

Let’s just go ahead and ask: Should Adam Lambert give acting a go?