This year’s crop of Emmy nominations has brought with it a pretty surprising collection of snubs. But we’re not going to let ourselves get down about it; in fact, we’ve decided to look at getting snubbed as a good thing! 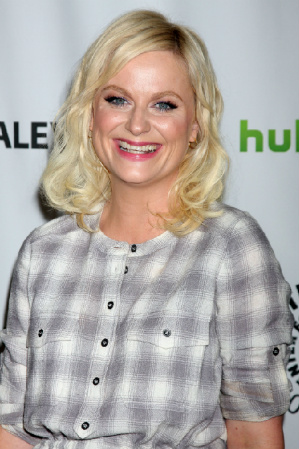 By now we’re all up to speed on the Emmy nominations. Among the shows that received the Academy’s love were the usual suspects, such as Mad Men, Curb Your Enthusiasm and Boardwalk Empire. There were also some pleasant surprises, such as the hefty number of noms American Horror Story racked up and the inclusion of new shows Girls and Veep in the Best Comedy Series category.

But, as ever, the list of nominees brought with it some significant disappointment. Many people are wondering how it’s possible that both Parks and Recreation and Louie, two critically adored series that had especially strong seasons this year, managed to be shut out of the Best Comedy category. And what about Glee? Or Hugh Laurie’s performance on House? And in what world does Mad Men not receive a nomination for Best Costumes?

Well, dry those eyes, ladies. We’re just as unhappy about these snubs as you are, but instead of revolting against the Academy, we’ve decided to take a more positive stand on the matter. We’re not going to let a few blatant misjudgments shatter our hopes for the state of television as we know it. In fact, we’re going to go ahead and say that these snubs are kind of a good thing.

We know — crazy, right? But hear us out: When the Emmy nominations come out, nominees are given plenty of press and attention as an entire industry celebrates their achievements. However, as we have seen with the reaction to this year’s snubbing of Parks and Rec, Louie and other parties robbed of Academy recognition, just as much attention is paid to the shows that don’t receive nominations. Anytime the list of nominees is mentioned, so is the list of shut-outs.

And with this constant reminder of the parties that were snubbed comes a growing public insistence that they should have been nominated; after all, the very idea of being snubbed suggests that someone or something was wrongfully overlooked. People begin asking questions like, “Why is Curb Your Enthusiasm nominated again?” or “How on God’s good Earth does Jane Lynch not get recognized?” They start rallying behind the overlooked parties and develop an enhanced appreciation for them, increasing their popularity. Who needs nominations when you’ve got a fiercely loyal team of fans in your corner?

OK, so nominations never really hurt business. But we’re feeling OK about snubbees this Emmy season. We know what we like; nominations aren’t going to change that.

Snooki is learning politics: What else should she know?
Halle Berry “healthy” after nasty fall
Batman fans need to relax!