It’s been three years since Bob Dylan released an album, and 30 years since he started releasing albums. His latest record, Tempest, will mark his musical milestone. 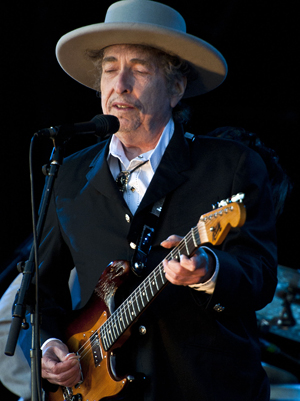 No better way to mark the anniversary of your first album than releasing another one on the same day. Now that’s the Bob Dylan way.

The folk singer-songwriter’s latest album, Tempest, is slated for release on Sept. 11 to celebrate 30 years since his debut album, Bob Dylan, came out in 1962.

Fun fact: This will be Dylan’s 35th album. No biggie — he’s just a musical factory of excellence.

Tempest will feature 10 brand new songs. “Roll on John” is reported to be a tribute to John Lennon, and “Tempest” is inspired by the RMS Titanic. Just some info to deepen your experience.

This could be the album that puts Dylan back on the Grammy map, since his 2009 Together Through Life did not pick up any accolades. But that’s OK; he already has 11 Grammys.