It’s been a few years, but Gwyneth Paltrow is trying something new. The actress is in talks to star in a screen adaptation of Gabrielle Hamilton’s memoir, Blood, Bones, and Butter. 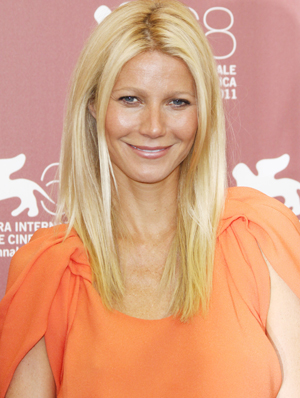 Finally Gwyneth Paltrow is in talks for a new movie role, and it’s not Iron Man! Insert celebratory dance here.

Indeed the actress is negotiating to star in a film adaptation of Gabrielle Hamilton’s foodie memoir, Blood, Bones, and Butter, which follows the chef from kitchen to kitchen in a search for meaning and purpose in her life.

Paltrow seems to fit the role like a glove, considering she is a little goddess in the kitchen as well. The actress penned a cookbook titled My Father’s Daughter and embarked on a culinary trip with chef Mario Batali in the television series Spain… On the Road Again. So she knows what’s up.

Blood, Bones, and Butter is described as akin to Julie & Julia, so it should be a film that gives you that warm, fuzzy feeling in your soul. It will be produced by Rodrigo Teixeira, Anne Carey and Mindy Goldberg; it’s currently being adapted into a screenplay.

Well, we are excited to see Gwynnie in a cutesy film, so this has our stamp of approval. What do you think?