Some incredible athletes are heading to the Summer Games, and these five women are certainly among them. Whether it’s weightlifting, wrestling or boxing, these mega-strong ladies are sure to do us proud at London 2012. 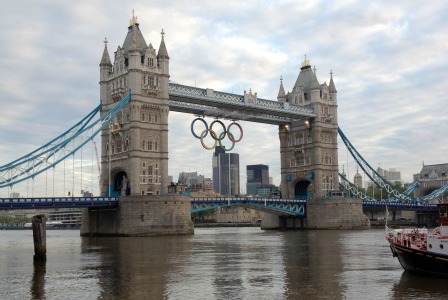 Women’s boxing will be appearing at the Summer Games for the first time this year. That means it’s Mary Spencer’s first chance to claim Olympic gold. Not that she’s new to victory. This proud Aboriginal athlete has won the World Championships for her weight class three times already: in 2005 and 2008 for the women’s 66 kilogram and then in 2010 for the women’s 75 kilogram weight class. She certainly has a lot of experience in the sport and is no doubt ready to show the world what she’s made of at London 2012.

At Beijing 2008, Canada claimed three gold medals, and the first of those was earned by Carol Huynh after she wrestled in the women’s 48 kilogram category. Her family immigrated to Hazelton, British Columbia as refugees from Vietnam the year she was born. She took up wrestling in high school and has been competing impressively ever since. With one Summer Games medal under her belt, this tough competitor is surely ready for another.

After finishing fourth at Beijing 2008, Christine Girard went on to claim gold at the 2010 Commonwealth Games . WIth top coach Pierre Bergeron and a family that was once heavily involved in the sport, she certainly has the support system she needs to carry her to the podium at the Summer Games this year.

Sherraine Schlam is no newbie to the Summer Games; this will be her fourth consecutive attendance. She achieved the title of Best Canadian Female Fencer based on World Championship results after winning bronze in 2005 and then silver in 2009. She also won the overall World Cup circuit in 2006. With so much experience and drive, we can certainly count on Schlam to give it her all at London 2012.

Nothing says an athlete is made of steel quite like knowing she can compete successfully in seven different events. Jessica Zelinka will be competing in the heptathlon, which consists of 100 metre hurdles, high jump, shot put, long jump, javelin throw and 200 metre and 800 metre races. You have to be pretty darn tough to complete all that in just a couple of days! Zelinka finished fifth at Beijing 2008 and is back for more!