Morgan Freeman has put his money where his mouth is and donated $1 million toward Barack Obama’s presidential campaign. Will that encourage others to do the same? 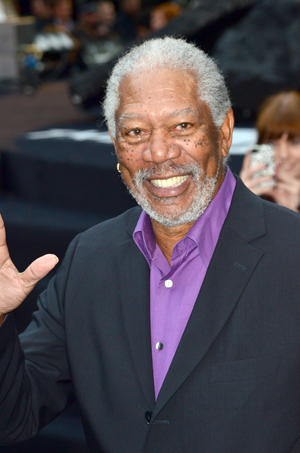 Not only does Morgan Freeman possess the voice of an omnipotent being, he also has a heart of pure gold… At least in the political world.

The Academy Award-winning actor has generously lightened the weight of his wallet by making a donation of $1 million to Priorities USA Action (the Democratic political action committee), working to support Barack Obama‘s re-election campaign.

Freeman joins a very exclusive, very elite group of individuals. So exclusive, in fact, that only three people are in it (including Freeman) at the moment. This is a group of non-stingy citizens of the entertainment world who have donated quite liberally to the political mission of Mr. Obama, and they are Morgan Freeman; DreamWorks Animation CEO Jeffrey Katzenberg, who donated $2 million to Priorities USA Action; and HBO’s Bill Maher, who gave $1 million.

Hollywood is full of millionaires who openly support Barack Obama, yet there are only three individuals who contributed at least $1 million to his campaign. Interesting, huh?

Maybe out of deep respect for Morgan Freeman and his deity-like vocal gift, more Democrats will step up to the plate and fork over the big bucks. Even if it means trading the Maui getaway for two weeks in Hawaii, we know the world can be so cruel sometimes…

More on the Obamas