Thanks to Fifty Shades of Grey popularizing risque literature, some of your favourite literary classics are going to be undergoing a sexy facelift, with the additions of some racy, revitalizing new scenes. But why do the characters in novels get to have all the fun? We think all forms of literature should be included in this sexual revolution. 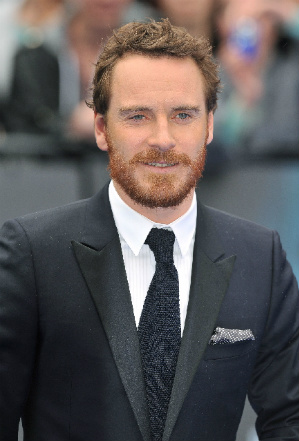 If you love classic romantic literature but have always found it was lacking in sexual bondage and role-playing scenes, then have we got news for you. Following the enormous success of the titillating Fifty Shades of Grey book series, literary classics such as Jane Eyre and Sherlock Holmes will be given a raunchy little facefilt. For anyone who’s ever wondered about the bedroom Dom/sub experiences of Jane and Rochester or the true nature of Sherlock and Watson’s relationship, your questions will finally be answered.

This isn’t the first time classic lit has been updated to agree with modern fads: The now famous classic-lit-meets-monsters series — including Pride and Prejudice and Zombies, whose movie adaptation is due out next year — made tidal waves in the world of literature. It’s wonderful to revisit our favourite novels again and again, but it’s way more fun when monsters are thrown into the mix. Or better yet, naughty sex scenes.

We are so behind this sexy update of literary classics that we want it to reach beyond the world of canonical fiction. Why should Jane and Rochester get to have all the fun?

If you think Charlie Brown keeps falling for Lucy’s football trick because he’s gullible, you’d better think again. Turns out Charlie Brown is a glutton for submissive play. Those football scenes are nothing compared to what goes on between those two crazy kids behind closed doors. And you’re in for a real surprise when you find out what the inside of Snoopy’s doghouse looks like. The place is so jam packed with leashes and crates that it’s no wonder he has to sleep on the roof.

We all know about the Three Sisters. But what about the Sexy Three Sisters? Three bored, stir-crazy young ladies, all cooped up together in one big house, with a parade of soldiers marching in and out… Sounds like the set-up for a pretty racy story to us. No wonder they can’t get to Moscow — they’re literally chained to their beds.

Maybe more people would stick to math in school if the textbook problems weren’t such snooze-fests. Instead of problems revolving around people buying life insurance or apples, why not try something a bit more exciting? Like trying to figure out how much someone spent on condoms if they were on sale for 15 per cent off. Or how many fluid ounces of sensual massage oil there are in 1.35 cups. The world would be lousy with accountants.

Putting together an Ikea cabinet can be really frustrating. Fortunately the experience doesn’t also have to be sexually frustrating. Instead of the instruction manual strictly featuring boring images of wooden planks and Allen keys, they can include Kama Sutra-esque illustrations in the margins that suggest how best to make use of your new furniture in your sex life. Make sure you crank that Allen key super tight; you don’t want to break what you’ve just built.

Glee‘s Chris Colfer has published first children’s novel
5 Great novels for your next book club meeting
Tom and Katie’s divorce has something for everyone!