Ah, to be rich, young, famous and to own your own home way before the age of 35. Kelly Clarkson and Drake know this feeling. The two musicians, though at different ends of the music spectrum, are dabbling in real estate as they buy and sell their not-so-humble abodes. 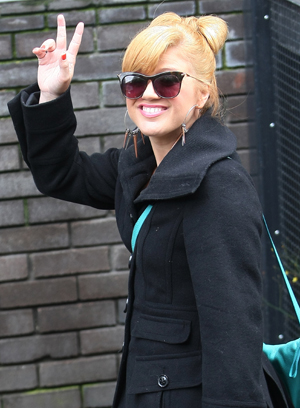 What do Kelly Clarkson and Drake have in common?

No, the two are not dating — although that would be one juicy rumour.

These two musical opposites have entered the world of celebrity real estate heaven, one through selling and the other through buying their expensive celebrity homes.

Let’s start off with Kelly, shall we?

The Duets judge and mentor is said to be selling her ranch in Mansfield, Texas, for $1.49 million, according to real estate website Zillow.com. The American Idol winner is selling the 6,880-square-foot customized abode that boasts four bedrooms, six bathrooms and a man-made pond.

Wow! This house definitely makes us envy Ms. Clarkson — in a good way, of course. But the house wasn’t just a living place for Kelly; it was also a place where she took care of her rescued animals, which the listing says included “several dogs, horses, miniature horses and a few pigs.”

Aww… How sweet of Kelly to share her home with helpless animals.

On the other side of the fence, “Headlines” rapper Drake is more concerned about sharing his new $7.7 million estate with himself, his entourage and probably anyone else lucky enough to get an invitation to his new home. According to toofab.com, the Canadian-born musician purchased the expensive and lavish Los Angeles home that has seven bedrooms, nine bathrooms and — get this! — a grotto. Yes, Drake is living the lavish life indeed. But it isn’t all just Playboy-inspired decor that makes this house desirable; the home also has a movie theatre, a gym, a games room and a wine cellar with a tasting room.

See? Even though Drake may have had that drama between him in Chris Brown in the club, he’s still super classy when it comes to choosing a home. Maybe he should raise the white flag, invite Chris over for a drink and end the feud. Just don’t invite Rihanna over at the same time, though.