You may be able to advertise anything in North America, but the U.K. has stricter rules. The Proactiv ads featuring Katy Perry and Justin Bieber have been pulled from rotation for being misleading. 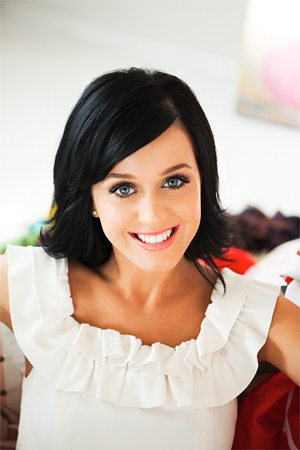 No more clear skin for the Brits — the public has spoken!

But the U.K. Advertising Standards Authority (ASA) has banned the TV campaign for zit-zapping cream Proactiv.

Why, you may ask?

The advertising watchdog, after receiving several complaints, has concluded the ads are misleading. Although the TV spots feature celebrity testimonials, including Katy Perry, Justin Bieber and Jessica Simpson, it turns out the main active ingredient in the acne treatment differs in the U.K. from its American counterpart.

Guthy-Renker (the company that makes Proactiv) stated that five out of seven celebrities received and used the U.K. version of the products, but were obligated to do so only for a few weeks.

Also, the celebrities made their testimonials between 2009 and 2010, but the TV campaign in the U.K. began in 2011. So the audience assumed these stars were continuously benefiting from the Proactiv products when in fact their testimonials were filmed years beforehand.

“We noted the signed statements, which related to only five of the seven testimonials, said the celebrities had each used the U.K. formulation of the product for a period of only several weeks, between one and three years before the ads appeared. We noted the ads were targeted at a U.K. audience and that the U.K. Proactiv products had a different active ingredient to the U.S. version. In that context, we therefore considered the claims of continued use had not been substantiated. We concluded that the ads were misleading,” said the ASA.

Bam! You can’t pull a fast one on the British. Sorry, K.P. and J. Biebs, but no airtime for you.

Do you think the same regulations should be applied in Canuck-land?

Does Russell Brand want Katy Perry back?
Katy Perry wants her own record label
Katy Perry needs to get a normal bra