Jennifer Lopez is never one to give up in life. She has a major music empire, a successful acting career and is an avid clothing entrepreneur. So it’s no wonder the music diva says she isn’t giving up on the idea of marriage and love and that she is still hopeful she will find her Prince Charming. 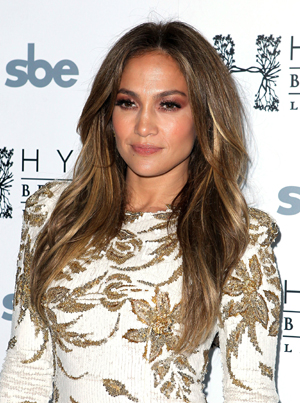 Will Jennifer Lopez ever walk down the aisle again?

The triple threat celebrity, who is currently on a music tour with fellow musician Enrique Iglesias, told ABC News in an interview that she isn’t giving up on matrimony.

“For me, the biggest dream is the fairy tale. I will never give up on that dream,” says Jennifer to ABC’s Amy Robach in the interview. “It can be difficult for anybody who has to stand by my side, but at the end of the day, I know that I deserve that.”

Well, I guess Jennifer will always be a sucker for true romance, which is a good attitude to have after being married and divorced three times. Her most recent marriage was to Marc Anthony from 2005 to 2011. But this heartfelt admittance from the ex-American Idol judge is no surprise. In the April issue of Vogue, she called herself a “mushy romantic” and said she has learned to love herself first, which helps her manage her other relationships and friendships.

“If you don’t love yourself, you can’t love anybody else. And I think as women we really forget that,” Jennifer tells Vogue. “All we want is to be happy, to feel secure, to feel understood. But you can’t look for somebody else to do that for you.”

So does Jennifer feel secure with her boy toy and current lover, Casper Smart? Well, she did buy him a truck for his birthday, and she did make him head choreographer for her tour. But we doubt J.Lo will be walking down the aisle anytime soon, especially since she’s busy being a mom, performer, actress, entrepreneur and everything in between.

We’re hoping you do eventually get your fairy-tale marriage, Jennifer!