It’s getting close! With the casting for The Hunger Games’ sequel Catching Fire going splendidly, we may be able to add more names to the list. 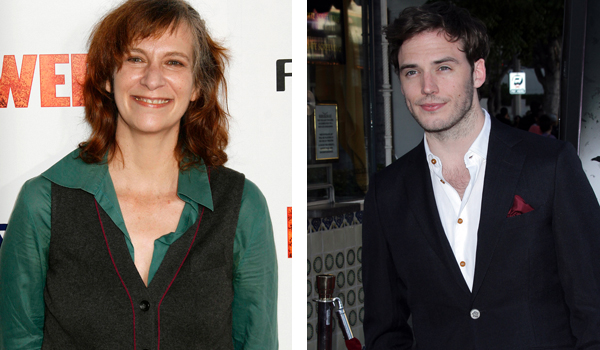 Eee eee eee eeeeek! Don’t mind that; those are just our sounds of excitement.

The filming of the The Hunger Games sequel, Catching Fire, is nearing, and we don’t even have our Finnick yet… until now!

Some casting news is coming your way, so you better buckle up.

The role of Wiress (a District 3 winning tribute who is befriended by Katniss) has been given to the wonderful Amanda Plummer. This talented actress is known to play slightly mad characters, like Honey Bunny in Pulp Fiction, and will suit the incredibly intelligent albeit peculiar Wiress quite well. Also, she just happens to be Christopher Plummer’s daughter. How cool is that?

Now to the juicy bits… The role of the smokin’ hot Finnick Odair has been awarded to the ever-so-handsome Sam Claflin. Quite fitting, no? The actor was long rumoured to be the number one choice for the role and Lionsgate confirmed it today. We suppose the runner-upers like Armie Hammer, Garrett Hedlund and Taylor Kitsch just didn’t have the odds in their favour (Bam! Hunger Games reference).

Claflin recently appeared in Snow White and the Huntsman, so we definitely know he can handle a weapon (Odair wields a trident); and he is ridiculously good-lookin’, as Finnick is promised to be. Can’t wait to see this fella join forces in the arena with Katniss against the eevil Capitol.

This is turning out to be an all-star crew, with Philip Seymour Hoffman cast as Plutarch Heavensbee, and now Amanda Plummer is on board. But Claflin is the icing on the cake. Oh Finnick…

What do you think of the casting choices?