It’s always sad to hear when a celebrity gets hurt while working so hard on what they love to do. The Oscar winner suffered a head injury while filming her new movie and had to be briefly hospitalized. 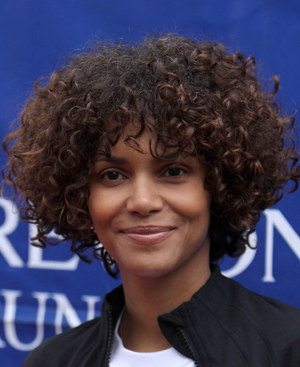 Halle Berry will be OK, folks.

The Dark Tide star, who suffered a fall on the set of her new movie, The Hive, last night, is expected to make a full recovery. Halle’s rep tells TMZ that although the Oscar winner had to be taken to Cedars-Sinai Medical Center in Los Angeles, her injury wasn’t serious.

“Halle Berry suffered a minor head injury while shooting a fight sequence on the set of her film The Hive,” says her rep to TMZ. “She was taken to the hospital as a precaution, but she checked out healthy and was released. She’ll continue production as planned.”

Phew… Good to hear Halle will be just fine, but one question remains: What exactly caused the 45-year-old to fall?

Well, sources on the movie set tell the entertainment website that Halle hit her head on the concrete after falling, and that “she started throwing up” shortly after the accident, which prompted an ambulance to be called to the scene and transport her to the hospital late yesterday night.

We hope Halle feels better and that whatever made her trip and fall is investigated and fixed for the safety of everybody on the set.