An unusual pairing, but a promising one nonetheless. Johnny Depp has signed on as the lead in Wes Anderson’s next film. Is Johnny quirky enough? 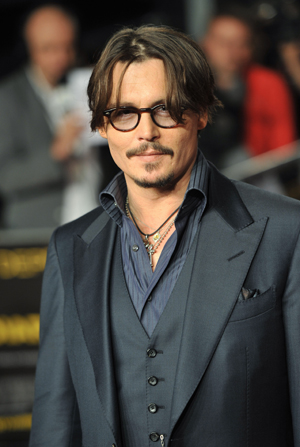 The quirky film Moonrise Kingdom has become his greatest critical success yet, but is Wes Anderson gearing up for another masterpiece with an unlikely star?

According to reports, Anderson has cast Johnny Depp as the lead in his next film, The Grand Budapest Hotel. Although Depp does not seem like a natural choice for the filmmaker’s unusual style, we think he can pull it off.

Depp is a talented and versatile actor; it will be an interesting project for him. Anderson is brilliant in his direction and writing; he will turn Johnny into a folksy, indie character in no time.

Wes Anderson is notorious for using the same group of actors for every film he makes. For example, Bill Murray and Owen Wilson appeared in six of his seven films. So it’s surprising to see Depp cast as a lead in The Grand Budapest Hotel. But if new is what Anderson’s looking for, we have a few suggestions for future leads — just in case.

This rising actor possesses the physical trinity of indie films: 1) He is British, 2) he is a natural redhead and 3) he is beautiful. Voila, the trinity! Just slap some flannel and thick-rimmed glasses on this fella, place him in an obscure town and write him a shy personality with the emotional depth of a teaspoon… Bam! A hit at Cannes Film Festival.

Kunis is a mainstream girl because she’s too hot to be below the radar. But we see potential. Kunis can pull off an eccentric character and can rock some ’60s swag while she’s at it. The actress can bring box office success to Anderson’s films, and he can demonstrate her versatility. Plus, Kunis would look so cute next to Jason Schwartzman or Adrien Brody, no?

No one does quirky better than Canada. So nominating Seth Rogen for a role in a Wes Anderson film just makes sense. The actor is hilarious and has the face of a jolly toddler — is there anything cuter? Rogen can benefit from appearing in more films where his character’s intelligence surpasses an inanimate object’s. Just sayin’.

Those are our picks. What are yours?