There is no denying the Summer Games have become something of a spectacle; some might even say they’ve gone a bit Hollywood. If that’s the case, why not introduce some new events to the Games that are inspired by our favourite films and TV shows? 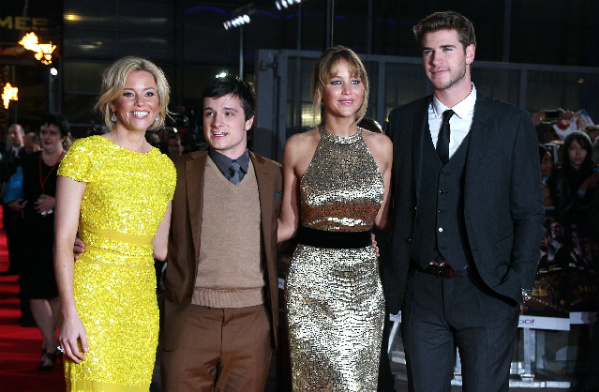 After four years of waiting, London 2012 is finally upon us. In just 10 days the entire world will slip under the spell of impossibly gifted athletes whose superhuman abilities and agilities will fill us with immeasurable pride and self-loathing. Even the most athletically apathetic people will find themselves caught up in the excitement of the 500-metre dashes and synchronized swimming competitions. The Olympics makes patriotic sports fans of us all.

Yet while in theory the Games are simply a friendly, peaceful way for the world to unite and literally play together, they have evolved into something far less romantic. There is no denying the fact that the Olympics is something of a spectacle: From the extravagant opening and closing ceremonies to the celebrity status of many of the star athletes, the Games sometimes seem more Hollywood than sporting event. Many people find this troubling, that the integrity of the Olympics and everything it stands for has been lost in a sea of endorsements and showiness. And while we see their point, we can’t help loving how showbiz-y the Games have become. After all, who doesn’t love a good show — especially if it takes place on a balance beam?

In fact, we think London 2012 could go even more Hollywood than it already has. How, you ask? By including events drawn directly from our favourite films and television shows. These new, exciting events could really take the Olympics to the next level of spectacle. And besides, some of the Summer Games’ current events are pretty tired and — let’s face it — dull. Why not replace them with something way more exciting?

Survival of the fittest

Sure, archery is OK to watch if you’re waiting around for the men’s 400 metre freestyle to start, but imagine how much more interesting it would be if it were applied to real-life situations? This sporting event, based on the massive hit The Hunger Games, is ambitious but definitely worth considering. The entire event would last from the first to the final day of the Games. Competitors are sent to a remote area and left to fend for themselves for the two weeks, existing on nothing but what is available to them in their surroundings. Armed with whatever weapon they are most comfortable with, the competitors fight to survive the climate as resourcefully as possible. Their progress is tracked as in The Hunger Games — by various cameras — and updates are reported on a regular basis. The main difference, though, is that the competitors would not fight one another. They would be judged exclusively on their survival skills under harsh conditions — meaning, how well they can hunt with a bow and arrow or how well they can build a fire. Call it The Hunger Games-lite.

Fencing? Equestrian? Bo-ring. How about combining the two for an event with some Hollywood pizzazz? For this event we draw inspiration from the hit series Game of Thrones. (We initially thought about the possibility of straight-up sword fighting, but then we figured that’d be a little messy for the Olympics.) As in a traditional joust, competitors ride on horseback toward each other, their lances extended, and try to knock each other to the ground. Again, since this is London 2012 and we do not wish anyone bloodshed, lances would be designed so as not to kill, just charge. And of course, armour and padding would be designed to ensure the least physical damage possible. It may be less violent than the jousts on Game of Thrones, but it would still be more fun to watch than glorified beekeepers dancing around with long, skinny sticks.

Forget the uneven bars — nothing says agility like being able to swing your way on ropes from one point to another like Spider-Man. In this event, competitors would be required to swing from point A to point B in the least amount of time. They would be expected to maintain exceptional momentum and aim, given that the ropes would not be hung in a straight path. Anyone able to create his or her own ropes from the wrist would obviously be disqualified.

American Idol is on its last legs
5 Bizarre sports you won’t see at London 2012
Do Kristen Stewart and Robert Pattinson want a baby?