We all know how rare it is to find an actress who hasn’t had a stint in rehab or been caught exposing a part of her body she shouldn’t, but Mila Kunis is proving (very humbly) that she is that exception in her newest interview, in which she talks about her acting career in Hollywood. 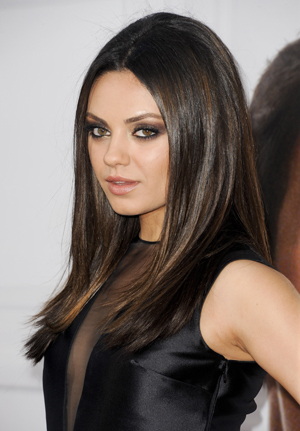 Mila Kunis is an actress who has her life under control.

The Ted star, who has taken roles ranging from animation voice actor to a character in a psycho flick, is utterly humble and grateful for her rise and prominence in Hollywood, and she shares her gratitude in a very up-and-close discussion in Interview magazine. With her uber-attractive Oz The Great and Powerful co-star James Franco conducting the interview, Mila says her secret weapon to combatting Hollywood woes and drama is to be true to herself.

“I don’t really have a perception issue. I’ve been pretty good about being who I am in the public’s eye,” says Mila in Interview. “I don’t necessarily put on an act when I go on Jay Leno or dress differently in public than I do in private. I’d like to think I’m the same person, more or less.”

It’s hard to believe Mila has managed to stay so steadfast in her career even though she began acting on That ’70s Show when she was only 14, split from now ex-boyfriend and child actor Macaulay Culkin after eight years together, has acted in a slew of movies and has earned a Screen Actors Guild Award for her supporting role in Black Swan.

But the 28-year-old brunette beauty says that, busy or not, her goal is to continue doing what she loves, and what better way to do that than getting inspiration from those who do it better than you!

“I wanted to just surround myself with people who I think are better than I am, whether they’re actors or directors or producers, so that I could learn from them. And I think that’s pretty much what I’ve done. I think that if I hadn’t done it that way, then I would’ve just stunted myself,” says the actress.