Now the summer is complete. The advisory heat alerts always go over easier with No Doubt playing in the background, and luckily the band just released a new single. 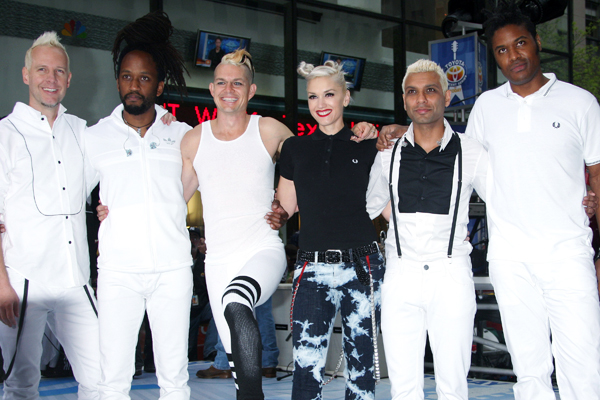 Our excitement is like an overflowing popcorn machine right now!

It’s been more than a decade since No Doubt‘s last album, Rock Steady, came out, and some of us began to lose hope… But fear not! The band is back on with a new album and a brand-spanking-new single to boot.

No Doubt’s latest record, Push and Shove, is slated for release on Sept. 25, so mark those calendars. The first single off the album just came out yesterday and is called “Settle Down.”

The newest single is a reggae-infused, upbeat, summer-luvin’ track. It’s a little different from the No Doubt we’re used to, but it is a great reintroduction to the band. Gwen Stefani‘s unique vocal style is definitely the front and centre of the song.

As for the video, well, it’s not our favourite. But if you ignore the blatant product placement and occasional cameos of the Harajuku Girls, it’s decent. Admittedly the music clip makes it easy to forget that No Doubt is actually a band, since Stefani’s face occupies 98 per cent of the screen time.

Forgive and forget, as long as the music keeps on coming.

So take a listen to the song, and let us know what you think.

No Doubt – Settle Down
Music video by No Doubt performing Settle Down. © 2012 Interscope