The judging table has room to spare, but one soul icon has shown keen interest in a seat at the panel. Who is it? Read on. 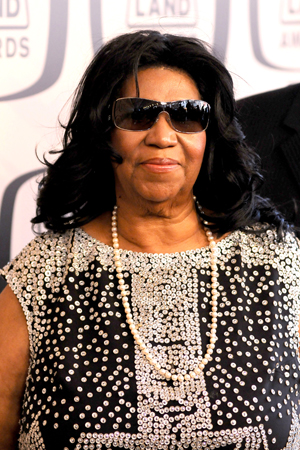 Since Steven Tyler and Jennifer Lopez have abandoned American Idol, it’s a tumultuous period for the show’s loyal fans. But it may soon get a little easier…

If the Idol bosses just “Think” and break the “Chain of Fools,” they will find “A Natural Woman” for the job — in the glorious music icon, Aretha Franklin.

The Queen of Soul expressed her interest in the judging position via email to CNN, stating she is a huge fan of the FOX show and would love to participate. But Franklin wouldn’t be a diva if she didn’t come with her own terms and conditions…

Other than requesting a little R-E-S-P-E-C-T (sorry, couldn’t resist), Franklin asked for Patti LaBelle to be seated next to her.

While we think Aretha would be a tremendous addition to the Idol family, throwing LaBelle in there would make one too many divas at the judging table. The show always strives for a multi-faceted judging panel, so it would be wise to include a young artist.

What do you think? Would Aretha Franklin make a decent Idol judge? Who would you choose?