With the departures of Steven Tyler and Jennifer Lopez and the rumoured reassignment of Randy Jackson to mentor status, American Idol’s entire judging table is potentially up for grabs. But we’re not terribly optimistic about this massive makeover. In fact, we think it’s a sign American Idol’s end is nigh. 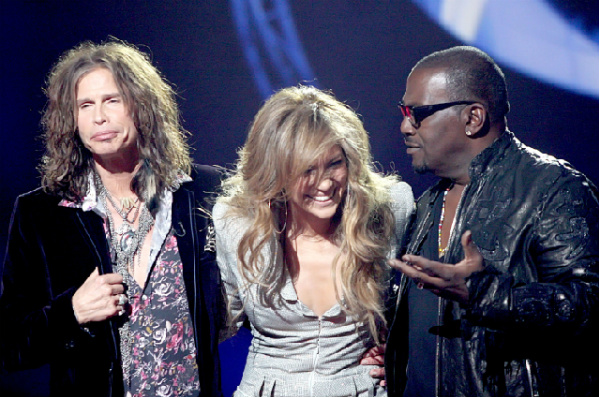 We hate to say it, but it looks like this is the beginning of the end of American Idol. Last week Steven Tyler and Jennifer Lopez, who have both served as judges for the past two years on the long-running singing competition, announced they would not be returning to the show next season. And now there are murmurs of relic-like Randy Jackson being moved out of his judging throne and into a mentoring role instead, clearing the way for three new potential judges.

Bless the marketing people over at American Idol, trying to fool us all by optimistically referring to this development as a “shakeup.” Please. There are only so many shakeups one show can withstand in a certain amount of time. In the last four seasons alone (8 through 11), we have seen the addition of four different judges and the departure of two — and that’s not including the newly announced exit of Steven and J.Lo. This isn’t just another shakeup — it’s a catastrophic earthquake.

Part of what makes American Idol so successful is the relationship among the judges. In the beginning, people tuned in to the show not only to witness the miracle of raw, talented nobodies transforming into superstars, but also to watch the kooky dynamics among Paula, Simon and Randy. Until now, they have been lucky in that the frequently changing judging panel’s members has more or less complemented one another, especially the most recent Steven-J.Lo-Randy combination. But now those faces we’ve finally grown to trust are abandoning us, leaving us feeling lost and alone. Again. How is the audience supposed to maintain a commitment to the show if the commitment of its key players is so relentlessly unstable?

That critical audience commitment has indeed been dwindling, with apparently 25 per cent fewer viewers than last year (season 10), which means season 12 is in for some serious budget cuts. In other words, the next roster of judges is going to be offered significantly less than J.Lo and Steven (and Randy) were making, and lower pay makes the pool of high-profile celebrity judges way smaller. Whereas American Idol once had its pick of the judging litter, it is now in a much more desperate — and therefore unattractive — position. Once tier-two celebs enter the picture, it’s clear American Idol‘s days are numbered.

It’s hard to imagine a world in which American Idol doesn’t exist. It has changed everything about the way we understand fame and has been instrumental in the creation of interactive television. And while many shows have tried to recreate the phenomenon that has been American Idol, nothing has truly been able to so enshrine itself on our culture as American Idol has. But everything must come to an end. We just hope they acknowledge the show’s imminent demise and give it a proper send-off before it fizzles into obscurity. And besides, the sooner American Idol goes off the air, the sooner they can launch its reboot series.

J.Lo leaves Idol: Who should replace her?
Mary Murphy to get the boot next season from SYTYCD
Madonna sued over 1990 song “Vogue”