What a way to share the good news, huh? In any case, Lily Allen is probably smiling from ear to ear along with her loyal fans, after her father revealed she is going to be a mum a second time around. 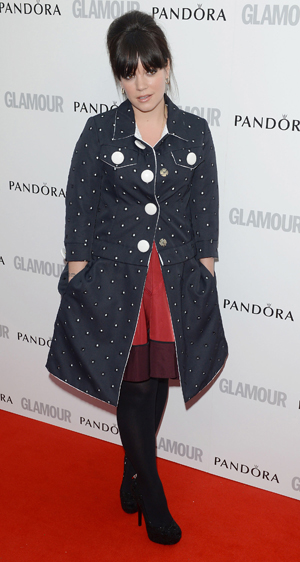 This news is sure to make Lily Allen‘s fans smile: She’s pregnant!

The English songstress, who is already a mum to 8-month-old daughter Ethel Mary, is expecting her second tot with husband Sam Cooper. The “It’s Not Me, It’s You” artist’s dad, Keith Allen, accidentally revealed that his daughter is indeed pregnant, with a simple, straightforward statement on talk show This Morning.

“Yes, she is pregnant,” said Keith, according to The Sun UK.

Wow! What great news! But maybe Dad should have asked Lily first if it was OK to share the news, since she has been coyly trying to deny rumours via Twitter that she was expecting. And it’s totally understandable why she would want to hide the news till now, considering she suffered a stillbirth in 2011.

However, despite Lily’s maternity hardships, her friends think it’s great that she is going to be a mum once again.

“They are great parents and absolutely devoted to Ethel. The pair of them are just delighted they’ve got another one on the way,” says a friend to The Sun UK. “They’re such a happy family with Ethel. This is really great news.”

Yay! Now Ethel will have a little brother and sister to play with. And who knows? Maybe Lily will organize playtime with Adele‘s tot. It will be like celebrity play date — British edition.