It looks like the Backstreet Boys and New Kids on the Block can’t sing themselves out of this one. The two boy bands are facing a multi-million-dollar lawsuit after a worker claims he almost died from setting up the stage for a 2011 concert. 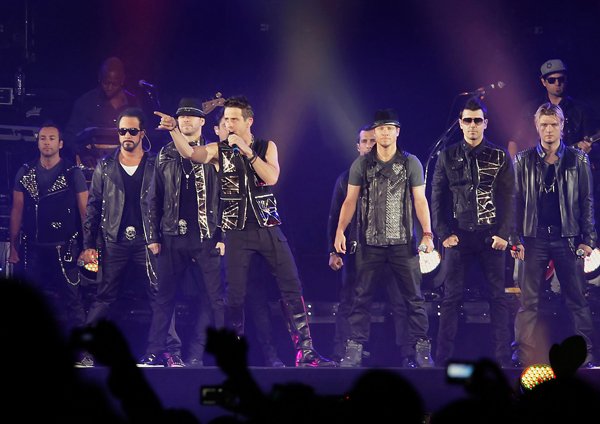 It seems the beloved boy members of the Backstreet Boys and New Kids on the Block are the latest musicians to be sued after a concert worker claimed he was almost killed setting up their show. TMZ reports that William Styron, a worker who was hired to set up the stage for a show in June 2011 at the Fedex Forum in Memphis, claims he almost lost his life after stepping into a hole in the stage that sent him plummeting 13 feet to the bottom and causing him to fracture his skull. Styron, who is suing the boy bands for $5 million, says in the lawsuit that he experienced “traumatic brain injury” and “suffered a loss of consciousness, seizures and convulsions.”

Wow! It’s really too bad this worker had to go through such a trauma. And it’s also too bad that now these former ’90s heartthrobs have to deal with this situation.

But according to the entertainment website, apparently the two gangs of fellas aren’t all that sympathetic to Styron, claiming it was his fault for not watching where he was walking. Yet Styron was two steps ahead of the boys, stating in the lawsuit that no warning signs were posted to warn that the stage was unsafe.

Sigh… Sounds like this lawsuit might go on for a while. What if the Backstreet Boys and New Kids on the Block promise Styron a lifetime of serenades for him and his partner and free tickets to their concerts for the rest of his life. That would sure be a sweet deal, wouldn’t it?