Justin has had to deal with false paternity claims, the paparazzi and breakup rumours, but this new lawsuit takes the cake for the Biebs. The Canadian pop star may be holding his ears in annoyance after a woman has launched a lawsuit against him because of his loud performance at a 2010 concert. 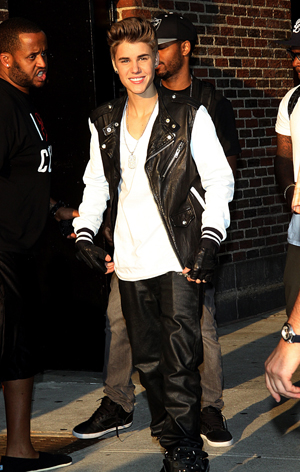 The “Boyfriend” artist is facing some odd legal woes after a woman who attended the popular Canadian pop star’s concert in 2010 at Oregon’s Rose Quarter arena claims the Biebs made her lose her hearing. She is now suing for $9.23 million. RadarOnline.com accessed the court papers of the plaintiff, who says she suffered tinnitus and hyperacusis after Justin suspended himself on a giant, heart-shaped, steel gondala that drove the girls crazy while Justin encouraged each section of the arena to cheer.

OK, we hate to play devil’s advocate or take sides, but when someone attends a concert, chances are they know it’s going to be very loud. And when the performer is Justin Bieber, well, enough said.

But the woman isn’t blaming only Justin; she is also pointing the finger at the sound engineers, stage managers and everyone else involved in the execution of the show.

“Experienced [promoters], sound engineers, managers and artists are responsible to maintain safe decibels at all times during their events,” says the woman in the court papers acquired by RadarOnline.com. “Due to their [negligence] and my subsequent [inability] to protect myself, my quality of life has been permanently reduced in addition to the injury.”

The 18-year-old has yet to respond to the case, since he has been too busy trying to fend off relationship breakup rumours and the paparazzi, but his manager, Scooter Braun, has no problem speaking up about it on Twitter.

“Dear the lady who is suing Justin for 9 million because his music was too loud, screwwwww you,” tweeted Scooter.

I’m sure all of Justin’s Beliebers feel the same way — they just probably wouldn’t say it that way.