Following the footsteps of fellow judge Steven Tyler, Jennifer Lopez is leaving American Idol. Which leaves us with the question: Who is going to replace them? 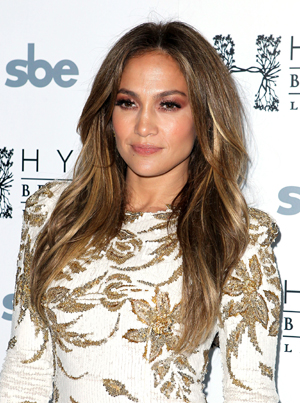 And then there was one…

American Idol is going to the pooper, y’all. Only a day after Steven Tyler announced his departure from the show, Jennifer Lopez told Ryan Seacrest she ain’t coming back either.

“I honestly feel the time has come that I have to get back to doing the other things that you do, and you have to pay attention to that too. I could keep doing Idol for the rest of my life, but that would be giving up a bunch of other things. I feel like we had an amazing run.”

Then why leave us cold and alone, Jenny? Only three tubs of ice cream and a bottle of chocolate sauce can heal the hurt we’re feeling right now.

So the judging table has been deserted, save for Randy Jackson… Because the captain always goes down with the ship.

But since Idol occupies a special place in our hearts (on a velvet cushion), we’ve compiled our own “Possible Judges” list. If these ideas get picked up, we expect commission.

This is an obvious choice, and rumours have been circulating that Idol execs want Lambert’s tush at the judging table too. So why him? Easy. He was an American Idol runner-up himself, released a successful album and backed it up with an amazing tour. It’s a great opportunity for contestants to hear advice from a performer who’s actually walked in their shoes. Plus, his wardrobe and hair will always be a point of discussion — halloo marketing strategy.

OK, even if she triggers a gag reflex in your body, you have to admit the girl can sing. Cyrus can represent the youth demographic (the hipster kids love her!), wear racy outfits from your ’80s wardrobe, throw in some controversial/bleeped remarks, and you have yourself a successful season of Idol. Done deal. Plus, her current occupation is just going to pilates class and dragging around that honkin’ diamond on her ring finger. We’re sure she can spare time.

Since J.Lo’s out, the show needs a diva (unless they hire Lambert). Madge has been in the business since, like, the 1800s — she knows what’s up. She’ll bring prestige to the show, and her opinion has worth. Of course, we also want to listen in on that peek-a-boo English accent and all the wacky sex innuendos Madonna’s bound to unleash upon the contestants.

So who would you like to see at the judging table next season?