No sport appeals to absolutely everyone, but there are some sports that are so bizarre, they appeal to virtually no one. And that’s why they won’t be appearing at the summer games this year. Read on to learn about the crazy sports that were simply too odd for London 2012. 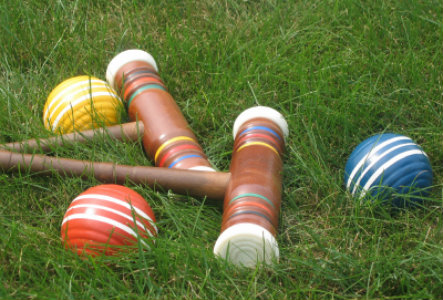 Yes, this sport is just as bizarre, dangerous and horrific as it sounds. In 1900, pigeons were released before each contestant, and the goal was to shoot down as many birds as possible. Contestants were eliminated when they missed two birds. By the end of it, nearly 300 birds were dead. It was the first and only time animals were purposely killed in the games. It seems safe to say this sport won’t be seen in the summer games again anytime soon.

The year 1900 must have been a particularly bizarre one to check out the summer games, as spectators could go from viewing the gory activity of live pigeon-shooting to the docile, almost boring sport of croquet. Only French athletes competed in the sport, which isn’t surprising, considering the 1900 games were held in Paris. Contestants began with their ball at one post and then used a large mallet to knock it through small hoops to the post at the other side. A single Englishman was the only person in the stands to watch the event take place. On the plus side, three women took part in the event, which is one of the first occurences of female participation in the games. So including croquet wasn’t a total loss!

Club-swinging isn’t quite as Cro-Magnon as it sounds. It was actually more of a precursor to the rhythmic gymnastics seen at the modern Olympic games. A contestant would stand with a 1.5-pound club in each hand and swing them around his head and body in complex patterns. Judges awarded contestants points based on the difficulty and artistry of the routine. It was included in the games only in 1904 and 1932. But the balls, hoops and ribbons used in modern-day rhythmic gymnastics seem like excellent upgrades to the old club-swinging.

Ever spent your younger years trying to prove to your friend you could dive the farthest into a backyard pool? Well, imagine going to the summer games to watch such an event. In 1904 you could do just that. Competitors would do a standing dive into the pool and then remain motionless for 60 seconds or until their heads broke the surface of the water, whichever came first. The athlete with the longest recorded distance would be declared the winner. The winner was an American who glided a total of 19.05 metres. So the next time you’re at your local pool, get out that ruler, and see if you could have been an Olympic athlete a hundred years ago!

Surprisingly tug-of-war is on the more legitimate side of discontinued sports, as it was actually contested at the original Ancient Games. It was part of the modern Olympics from 1900 to 1920. In the sport, two teams of eight would face off and attempt to pull the other group 6 feet in their direction. If neither team had done so after five minutes, the team that had pulled the most distance was declared the winner. It may not be the most complex sport, but there’s no doubt having two countries literally face off against each other would establish a healthy amount of competitive energy and national support.

For a list of all discontinued Olympic sports, check out TopEndSports.