Watching all these teenagers protest their favourite magazines’ unrealistic beauty ideals is pretty inspiring. So we’ve started our own campaign with the hope that we can make a difference too! Will you join us? 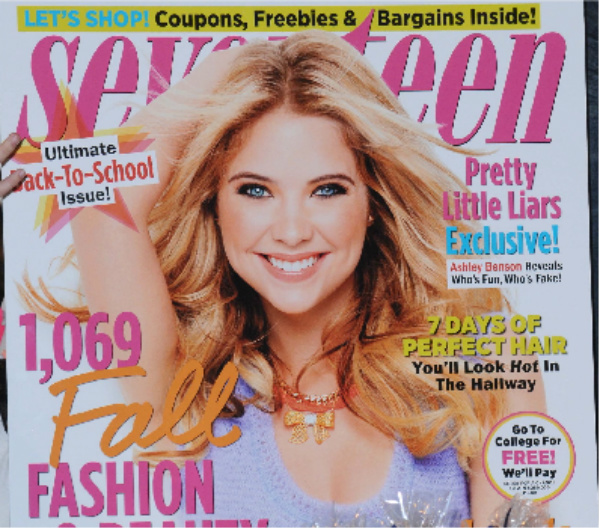 Sometimes it’s the young people who set an example for us grown-ups. Case in point: After the success of 14-year-old Julia Bluhm and her team of teenaged female activists’ campaign to get Seventeen magazine editor-in-chief Ann Shoket to promise to not Photoshop the bodies of Seventeen‘s models (and to swear total transparency if she does), another group of girls is after Teen Vogue with the hope it will follow in Seventeen‘s footsteps. These game-changing girls are taking a stand against their favourite magazines’ aggressive idealization of beauty, which includes 19-inch waists, 3-metre-long legs and poreless skin.

Geez. What on Earth were we doing when we were teenagers? Were we really just a bunch of suckers who bought into the notion that those freakishly perfect body images featured in Seventeen and Teen Vogue were actually possible? Come to think of it, the images that grace the pages of the magazines we read now are pretty airbrushed, and those models could really use a sandwich. Never mind what we were doing back in our teenage years — what are we doing now?

Ladies, it’s time to stand with our younger sisters and join the crusade against unrealistic representations of women in magazines. Just because our puppy dog eyes aren’t as convincing as Julia Bluhm’s doesn’t mean we don’t have the power to make the same kind of difference she has. Being older does not make us any less susceptible to the effects of our favourite magazines’ images of impossibly thin, impossibly airbrushed alien ladies. Vogue has already agreed to ban terrifyingly skinny models, so change is possible. To all the rest of you glorious, glossy magazines we love so dearly: Please do not feature models that make us never want to leave home again. If we don’t leave home, we can’t go to the store and buy your magazines. We also ask that if you do decide to touch up one of your models, you, like Seventeen magazine, print the before picture next to it. We already know you airbrush them; pretending you don’t isn’t fooling anyone. And now that we’re in the campaigning mood, here are some other changes we’d like to see implemented in our favourite magazines:

Celebrities vs. paparazzi: Why the celebs have had enough!
Kristin Chenoweth released from hospital
Celebrities campaigning to be Obama’s bestie