That was fast! Kristin Chenoweth has been released from the hospital after being injured by a collapsed piece of filming equipment. 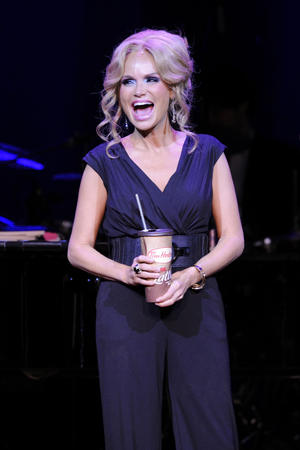 Good news! Kristin Chenoweth was released from the hospital after being injured on the set of the drama series, The Good Wife, yesterday.

The actress was filming a scene in Brooklyn, New York, when a piece of lighting equipment collapsed on her head. She was treated immediately on set before being transported to Bellevue Hospital. The New York Fire Department spokesperson confirmed that Chenoweth obtained minor injuries.

Well, the petite actress was released from the medical facility today and is free to charm us with her amazing vocal abilities once more!

“Kristin has been released from the hospital and is home recovering,” Chenoweth’s spokeswoman told Reuters. “She thanks everyone for their prayers and well wishes.”

The 43-year-old actress snagged a role of a troublesome political reporter in season four of The Good Wife. Let’s hope the rest of the filming is less painful.

GCB: Gruesome Christian Bashing or Good Clean Broadcasting?
Unsolicited tips for NPH on how to make the Tonys awesome
Jack Osbourne turns a frightening hobby into a reality show