Though celebrities and paparazzi are like yin and yang, it seems not all celebs are cool with the idea of photographers snapping their pictures. See how these four musicians, actresses and actors are taking a stand against the paparazzi and why fans aren’t exactly innocent either. 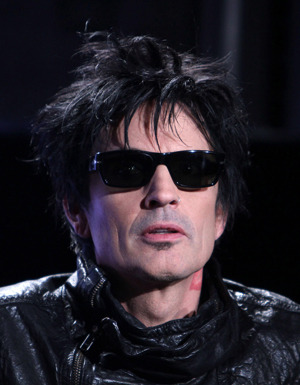 They’re pushy, demanding and in your face 24-7 — only if you are a celebrity, that is. Yes, the cat and mouse game that has been going on between celebrities and the paparazzi has recently been reignited by a slew of celebrities who are standing up and saying they’re not going to take it anymore! Here are four celebrities taking a stand against the picture-snapping fiends who annoy them.

If you don’t know by now, the paparazzi are considered enemies by Halle. The Catwoman actress was recently seen on video earlier this year in a tirade to the paparazzi after they camped out at the school of her 4-year-old daughter, Nahla. Since then, Halle has been a major advocate for hiding celebrity children from the paparazzi photo lens and has even used her confrontation with the photographers as a case for why she should have permission to move her daughter to France with soon-to-be husband Olivier Martinez. True, Gabriel Aubry is very upset about that, but how would he like a person following him around everywhere he goes?

Call it wedding jitters, or just call it fed up, the 30 Rock star has not been too pleased with the paparazzi lately. Just before getting married to his yoga sweetie, Hilaria Thomas, the actor got into two — count them, two — verbal and physical altercations with photographers who egged on the actor. In one instance Alec even called a paparazzo a “little girl” and told him to “shut the f*** up and get outta here,” according to the Daily Mail. Well, that is definitely one way to express your hatred for the paps, Alec. But next time, remember: Keep your hands off of them, or you’ll get in more trouble.

If you ever want to get Justin Bieber upset — something most Beliebers can’t even imagine — just get a paparazzo after him. The Biebs hit his boiling point with the photo-snapping enthusiasts when he got into an altercation with one while out with his girlfriend, actress-musician Selena Gomez. The photographer apparently got a little too close for Justin’s liking, and the Canadian pop star just wasn’t having it. But Justin learned from that situation, and now he tries to outspeed the paparazzi on the highway instead. Maybe Justin should try a new strategy — for his own safety.

OK, so Tommy’s now infamous Facebook rant wasn’t directed at the paparazzi, but rather at his fans who were acting like paparazzi. In his rant, Tommy was brutally honest, saying he “loves his fans” but it “irritates the f*** out” of him when they ask to take pictures of him. Though the Motley Crue drummer was a bit harsh — even for Tommy — he did have a personal, highly touching reason for his post. According to the Fuse TV website, Tommy said the trigger to his rant was when a fan who worked at a funeral home asked to take a photo with him — while he was carrying his mother’s ashes. Yes, you read right. The receptionist asked to take a picture with him while he was mourning his mother’s death. Tommy was flabbergasted, telling Fuse it “was the most disrespectful bulls*** I’ve ever experienced in my life.” Well, yeah… that definitely takes the cake, doesn’t it? Note to fans: Don’t become the paparazzi!

More on Celebrities vs. Paparazzi

Pippa warns paparazzi: Stop or I’ll sue!
No pictures! Paris Hilton jumps paparazzo in parking garage
Halle Berry to paparazzi: “Our children should be off limits”