They grow up so fast, don’t they? The internet is a-swirling with rumours of Liam Payne of One Direction being engaged to his girlfriend. Is it true? 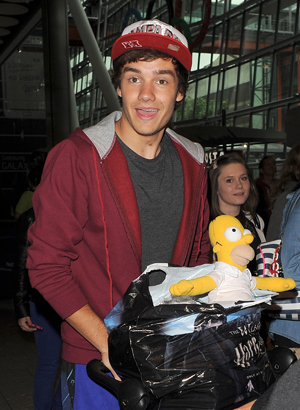 It will be hard to stay focused amid the sound of millions of tween and teenage girls’ screams and shattering of hearts, but let’s give it a go.

One Direction‘s young hottie-tottie Liam Payne allegedly posted a photo of his and his girlfriend’s hands clasped together via Webstagram with the caption “i’m her’s and she’s mine forever. {big news coming up} :).” Naturally sending the entire female youth population into complete and utter chaos, with rumours of marriage flying from continent to continent.

Is the 18-year-old Liam Payne engaged?

No, he is not. Not only is he not getting married to girlfriend Danielle Peazer, but that Webstagram account from which the photo (and caption) originated is a fake.

Thus, the subsequent news of Payne moving in with his girlfriend is also not true.

“Danielle is the one for me, i am sure. And please do not hate, if you love me. You all were excited about the ‘big news’ right? Well, me and Danielle are moving in together and we are going to take the next step in our relationship.”

Lies, lies, lies! Once again we repeat, this information came from a fake account created under Liam Payne’s name. So wipe away those tears, and go eat some ice cream.

Glad we could clear this up.