It would be unbelievable, but then, it’s Courtney Love. The singer is being sued by a former assistant for poor professional conduct, emotional distress and withheld wages. 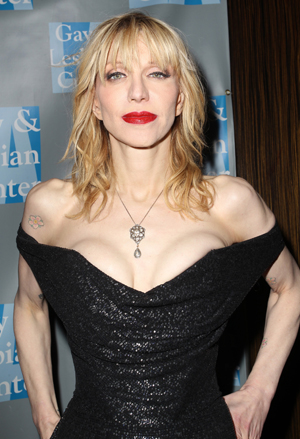 Oh man, we want to sound surprised so bad…

Apparently Courtney Love does not make a compassionate or wholesome employer. Shocking, we know.

The Hole musician is being sued by her former assistant for acting — and we quote — “with an improper and evil motive” and for being “despicable.” Can’t argue with such cohesive accusations, can ya?

How does one define “evil” in court? Is it like a slide show with depictions of the Devil, trans fat and Mel Gibson?

According to E! News, Jessica Labrie was hired by Love as an administrative assistant for $30 per hour, which, by the way, is not a shabby pay. The lawsuit alleges that Ms. Love, being evil and all, had Labrie working 60-hour-plus weeks with no overtime pay and conducted herself in a non-professional manner.

The singer did not pay Labrie’s tuition as she’d promised to do and did not issue the paycheques on time. On occasion, she also requested Labrie to send fake legal documents out and to hire a hacker. We think a federal investigation cometh this way…

The lawsuit documents state Labrie was forced to quit on June 27, 2011, but Love still owes her over $2,000. The former assistant is seeking unspecified damages for wrongful termination, negligent misrepresentation, failure to pay wages and overtime, breach of contract and intentional infliction of emotional distress.

Many of us who grew up adoring Kurt Cobain and Courtney Love want so badly to believe she is not a psychiatric asylum escapee or a spawn of bedlam itself, but it’s rather hard when she makes such a good case for herself.

Is this lawsuit a bunch of baloney, or should we be concerned?