Sharron Matthews, best known as Canada Sings’ sassy vocal coach, is at the helm of creating a distinctly Canadian art form through her unique brand of performance. With her latest show, Sharron Matthews Superstar: GOLD, Sharron will introduce the world to Canadian cabaret. 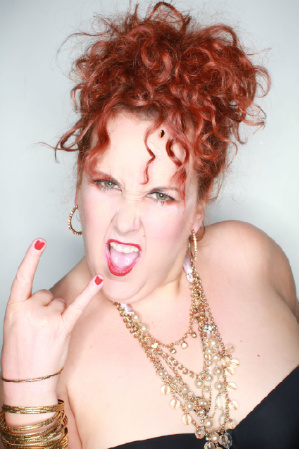 Canada is the homeland of an impressive number of world-renowned artists: Actors such as Rachel McAdams and Ryan Gosling have earned huge success and critical acclaim; musicians such as Justin Bieber and Neil Young are internationally famous, their music widely played; and filmmakers such as Sarah Polley and David Cronenberg are currently making serious waves in the film industry. Yet as artistically inclined as we Canadians seem to be, we still have yet to lay claim on an art form that is unquestionably and uniquely Canadian. Sharron Matthews, who is soon to launch a round-the-world tour of her show Sharron Matthews Superstar: GOLD, is hoping to change that.

Most of you know Sharron as the effervescent and sassy vocal coach on Canada Sings, which recently completed its second season. But when she’s not schooling average joes on how to take the stage like stars and sing with gusto, Sharron is working hard at what is clearly her biggest love: cabaret. But not what we’ve all come to consider cabaret, she explains. “It’s not super show bizzy like American cabaret or burlesque like British cabaret.” Sharron’s is a decidedly Canadian style of cabaret, one she has worked to craft herself. “It’s interactive. It’s storytelling at its most intimate and much more comedy-based. Canadians are funny people in our own specific way. We love storytelling.”

For Sharron, pop music plays a major role in her performance style. Rather than chaining herself to the demands and contexts of traditional musical theatre or jazz songs — ones we’ve all heard countless times and countless ways — Sharron prefers the freedom of pop songs. Her repertoire ranges from the Eagles to Lady Gaga. “I find it more interesting to take pop songs and mould them into what you want them to be. They’re more malleable, and it makes for much better stories. Like, ‘Hotel California’ is actually a scary song when you really listen to it.” Sharron’s signature is putting together what she calls “songologues,” which are sort of like medleys but that tell a clear story. For example, Sharron’s cougar songologue tells the tale of a neighbour of hers who took a liking to her young and sexy gardener boy (think Desperate Housewives). She interweaves well-known pop songs that mostly have nothing to do with cougars or one another, and yet the story she tells is clear, engaging and downright hilarious.

Sharron attests that “it is hard to build an audience in Canada,” but luckily her role on Canada Sings has gotten her much more exposure. As one of two vocal coaches, Sharron and choreographer Christian Vincent are assigned a group of people raising money for a charity, who have no experience performing whatsoever. Their job is to whip those people into shape and have them singing and dancing like pros in a very short amount of time. The show, both “one of the best jobs [she’s] ever had and one of the hardest,” has had a huge impact on her. “You can’t not be inspired,” she says, by a bunch of hardworking, selfless people, completely inexperienced in performing yet shelving their insecurities to accomplish a common good. “It shouldn’t work.” 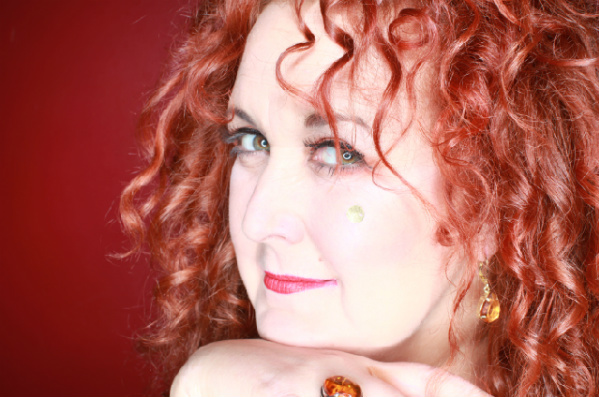 Based on the show’s popularity, though, it clearly works like a charm. And it’s not just all hard work and emotional tears at Canada Sings. Sharron says working with stars like Vanilla Ice — “That is one good-looking son of a b****” — and Jann Arden has been a total thrill and so much fun. And it’s rather serendipitous that those two stars join Sharron on Canada Sings: She credits Vanilla Ice as being one of the first people to do a mash-up (an amalgamation of two songs Sharron often includes in her shows), and she has always been inspired by Jann as a performer, who at concerts will “tell a hysterical story and then sing the most depressing song. Like a cabaret.”

As for her own cabaret, Sharron is excited to commence the tour of GOLD, her most exciting show yet, which will feature golden music hits and stories about gold diggers. As Sharron simply puts it, “You can’t get better than gold.” After some upcoming dates in Toronto, Sharron goes to Scotland for its world-famous Edinburgh Festival, then London, then New York and finally Cape Town, South Africa. She is looking forward to globe-trotting, but most important, she can’t wait to share her proudly-made-in-Canada show with the rest of the world. “We are on a precipice where we can brand our own version of [cabaret].” Sharron is clearly at its peak.

If you’re in the Toronto area and want tickets to Sharron’s show, call the Buddies in Bad Times box office at 416-975-8555. Follow her on Twitter @sharronmatthews, and check out her website sharronmatthews.com for a full list of dates.