Jack Osbourne’s penchant for ghost hunting has landed him a brand new reality show that features him investigating sites famous for apparent paranormal activity. What if other celebrities’ strange hobbies were turned into TV shows? 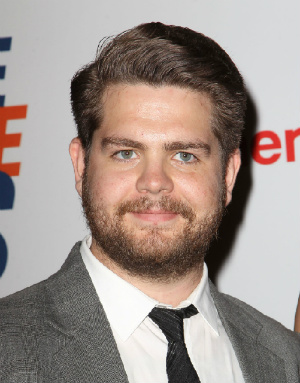 Think a little multiple sclerosis can keep Jack Osbourne from his hobbies? Think again. The new father makes his return to reality TV with a show that features him keeping busy with one of his favourite pastimes: ghost chasing. Haunted Highway, presented by the SyFy network, follows Jack as he investigates sites around America rumoured to be hotbeds of paranormal activity. Apparently it takes a lot to scare Jack, who claims to have lived in his fair share of haunted houses in his lifetime. (Of course, he likely often realized the frightening presence he was sensing was just his dad, Ozzy.)

It’s nice that Jack has turned his interest in ghost hunting into a TV show; clearly there are others out there who share this fascination of his (we are not those people, by the way). Yet as unappealing as we think it is to go around looking for reasons to scream in terror, Jack’s hobby isn’t all that strange when you consider what some other stars are into. Imagine what it would be like if some other stars turned their hobbies into reality shows:

Join Academy Award-winning actor Tom Hanks as he travels the world searching for vintage typewriters to add to his already impressive collection. Take a trip through junkyards, antique stores and even museums, and watch as Tom meticulously picks up each typewriter, commenting about how heavy they are and asking questions about them. In some episodes, he may even type something on them after donning a special, era-appropriate fedora and smoking a Camel cigarette. You think vintage stamp collecting is a blast? Then you’ve never collected typewriters.

Johnny Depp — Welcome to the Dollhouse

Everyone is welcome in Johnny’s dollhouse. Follow the ongoing drama that occurs between the Pirates of the Caribbean star’s favourite dolls from his personal collection. Not quite a soap opera, not quite a puppet show, Welcome to the Dollhouse is for anyone who prefers the company of small plastic people to real ones — much like our friend Johnny, who counts playing with dolls among one of his favourite pastimes. Look out for some special guests, such as Helena Bonham Carter, Jonah Hill and Tim Burton, who bring dolls from their own collections and really crank up the drama! Warning: This show is not intended for children.

He tickled your funny bone on How I Met Your Mother. He sang his way into your heart as Dr. Horrible. Now Neil Patrick Harris will put you under his spell once again in It’s a Kind of Magic Variety Hour! Currently the president of the Academy of Magical Arts, Neil Patrick Harris will leave you breathless as he performs his most daring and incredible acts. And who’s that at the door? Why, it’s his weekly lineup of special guests! Friendly faces like Jason Segel, Jesse Tyler Ferguson and the entire cast of Harry Potter join Neil onstage for some serious magical fun. Don’t forget the magic word!

Thought there was reason enough to be intimidated by the offputtingly beautiful Angelina Jolie? Think again. Final Cut features Angelina Jolie as she highlights her very impressive collection of knives. Each episode features Angie discussing a different knife in the collection she has had since she was 12 years old. Once she’s done chatting, Angie is joined by a special guest for a gruesome duel. This show will make you seriously consider revamping your cutlery drawer.

Family tragedy: Usher “torn up” by stepson’s accident
The unfriendly skies: Kelly Osbourne gets a shiner on airplane
The Bachelorette vs. the Fantasy Suite