This seems almost blasphemous to say, but Peter O’Toole is quitting the acting business. The actor has said farewell to theatre and the big screen. 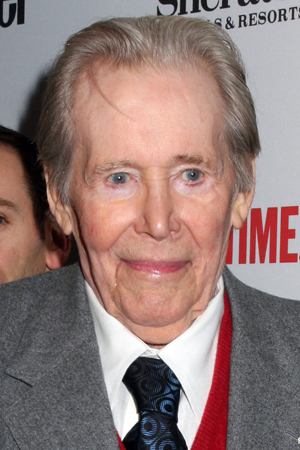 We regret to inform you that Peter O’Toole is departing from the world of acting, both film and theatre.

The legendary actor made the announcement today, stating, “It is time for me to chuck in the sponge. To retire from films and stage. The heart for it has gone out of me. It won’t come back.

“My professional acting life, stage and screen, has brought me public support, emotional fulfillment and material comfort. However, it’s my belief that one should decide for oneself when it is time to end one’s stay. So I bid the profession a dry-eyed and profoundly grateful farewell.”

O’Toole has had an extensive career, starring in Lawrence of Arabia, The Lion in Winter, The Stunt Man, and these are just three of over fifty films this talented actor has appeared in. Then, of course, there’s theatre. O’Toole has starred in dozens of plays, including The Taming of the Shrew, The Merchant of Venice and Troilus and Cressida at the Stratford Shakespeare Festival in 1960. He has been nominated for eight Academy Awards, but never won a single one.

Peter O’Toole is part of an invisible “film canon”; his name is almost a reflex, passed on at birth. It is sad to see him leave the industry, but he is turning 80 next month, so we’ll let this one slide…

Do you have a favourite Peter O’Toole film? Which one, and why?

Photo courtesy of A Miller/WENN.com

Michael Fassbender: Biting off too much with Assassin’s Creed?
Summer movies to enjoy in your air-conditioned home
Princess Diana documentary shelved