While all things Michael Fassbender are amazing and beautiful, this may be a misstep. The actor has signed up to star in a film adaptation of Assassin’s Creed. Can he turn it into a success? 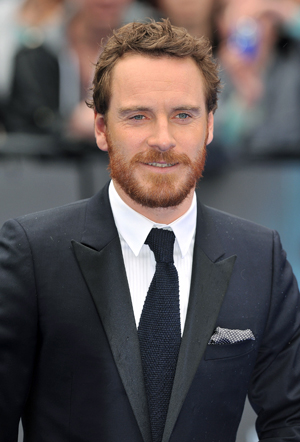 Oh man, I feel a debate coming on…

While classic novel-to-film is usually a bona fide Oscar-winning recipe, and comic-book-to-film is a base of a money-growing franchise, video-game-to film just sounds like a massive, head-liquefying failure, no?

Well, Michael Fassbender is bent on changing that. The actor has signed up to star in and co-produce the film adaptation of Assassin’s Creed, one of the most popular video games of all time (with 30 million copies sold).

Can this be done?

Despite Doom, Prince of Persia and Tomb Raider being shockingly disgraceful examples of the adaptation process and of the film industry overall, let’s give it the benefit of the doubt.

The storyline (and there is one) of Assassin’s Creed just might give it an edge over other attempts. The game follows modern man Desmond Miles, a descendant of a family of assassins who is forced to relive his ancestors’ memories of conflict with the Knights Templar. The game has been released in three main instalments spanning different historical periods, like the Crusades and Italian Renaissance, which also gives a bit more flexibility artistically.

The film will be independently developed by Ubisoft (games company), which also permits more leeway in the creative department. The company is currently seeking a director to pilot this baby to the magical land of Success. Let’s see who’s brave enough…

To balance this love fest out, Ubisoft might still resort to a major studio for the distribution of the film, which may require certain unwarranted editing and snipping. The director hired could be a disaster (very likely). Finally, what if we love Fassbender only for his angel-kissed face and — ahem — physical advantages down south (thanks, Shame)? His character remains fully dressed and cloaked for most of the story! Oh, the dilemmas…

Nonetheless, we must reluctantly place our faith in the impossible and hope that some day video games will serve as credible sources of movie material. For now, hopefully Michael Fassbender’s acting prowess will function as a green light on Hollywood’s dock…

Now, let’s get down to business: Assassin’s Creed as a film, yay or nay? Opinionate!

5 hrs ago
by Rosalind Moran