Adele has a lot of explaining to do — or should at least start planning a baby shower ASAP. The British singer, who revealed she is pregnant, is now reported to give birth in two months, suggesting Adele has been hiding her baby bump for quite some time. 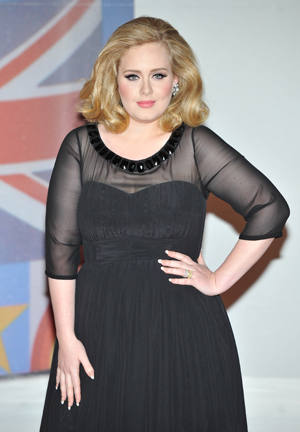 Has Adele been hiding her precious baby bump for almost six months?

That is definitely the way it looks after a source close to the “Someone Like You” artist tells heat that Adele has been preggers all along.

“Adele has barely left the house in recent months so she could keep this to herself for as long as possible,” says the source to heat. “She stopped exercising a few months ago, and since then it’s been all about the baby.”

Wow! Six months? If this is true, then it’s clear Adele knows how to hide a bump very, very well. The 24-year-old British songstress made her fans and the world giddy with joy when she announced on June 29 that she was expecting a little bundle of joy with her boyfriend, Simon Konecki.

“I’m delighted to announce that Simon and I are expecting our first child together. I wanted you to hear the news direct for me…” wrote the singer on her official blog.

Looks like you left out a tidbit of information, there, Adele. But come to think of it, it wouldn’t be surprising if the singer was indeed long ahead in her pregnancy, since she was M.I.A. at the Billboard Awards in May, and she hasn’t been photographed in months.

But Adele isn’t the only celebrity mom-to-be to pull the wool over our eyes. Both Drew Barrymore and Reese Witherspoon hid ( or tried to) their cute growing baby bumps before they confirmed their news last month. And the world is still waiting for Megan Fox to admit she is pregnant, especially after she posted a very baby-speculating photo of her and hubby Brian Austin Green while they celebrated their second wedding anniversary in Hawaii.

We’re not sure what is with all the baby bump hiding, but celebrity women should embrace the bump — after all, it’s a joyous occasion!