Well, we can’t all have a spot under the sun. The Keith Allen documentary exploring Princess Diana’s death and the royal family’s involvement in it has been withdrawn after failing to obtain insurance. 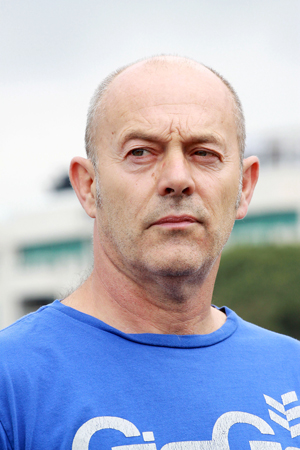 Keith Allen’s (pictured right) controversial documentary exploring the conditions and hushed theories of Princess Diana‘s death has been withdrawn after insurers refused to secure the film from libel suits.

The documentary with a brooding title, Unlawful Killing, was funded by Mohamed Al Fayed (father of Dodi Fayed, who died in the car crash with Diana) and was screened at 2011 Cannes Film Festival despite not being part of the actual festival. The film argues that Lady Diana’s death was a covered-up botched attempt at a warning to the tabloid favourite royal, executed by the British establishment. It goes so far as to accuse Queen Elizabeth and Princess Margaret of illegal exploits in relation to the tragic car crash.

Unlawful Killing is not permitted for screening in the U.K., since Allen failed to make the required 87 cuts to render the film “appropriate” for the British audience. While the producers still wanted to distribute the documentary in the U.S., that dream disintegrated as well, since no insurer will dare indemnify Allen against the eventual libel lawsuits.

“Unlawful Killing has been sold all around the world,” the film’s spokesperson told The Sun. “But there was a specific form of insurance needed by the U.S. distributors to cover them for their French and U.K. offices. This proved impossible to secure. The film has been withdrawn in perpetuity.”

It’s disappointing to lose an interesting perspective on the circumstances and theoretic foundations of Princess Diana’s death. It’s been taken for granted that the crash was caused by lack of attention on the driver’s part and the pursuing paparazzi, but that was never a case for libel. The royal family, like any politician, should not be exempt from one’s vision or theory, regardless of how risque it may be; that’s what constitutes a degree of free speech, which Britain decreed. Allen should exercise the Reynolds defence (which allows defamatory material to be published if the public is receptive to it) and distribute the film. FRRREEEDOM!

There ye have it. Chime in with opinions!

More on the Royals