This is definitely no way to travel, especially for a celebrity. Kelly Osbourne was not so pleased with her recent travel experience and took to Twitter to declare her anger after she suffered a black eye from a reclining chair. 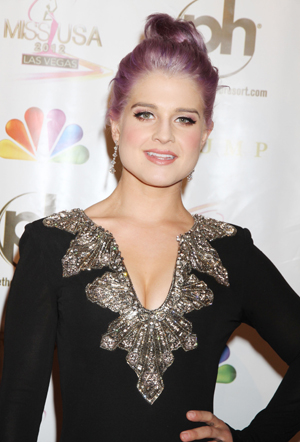 I guess the friendly skies are not so friendly for everyone.

The television personality and daughter of Ozzy Osbourne had the airplane ride from hell after getting hit on the forehead by the passenger in front of her, who reclined her seat swiftly, catching the celebrity and socialite completely off guard and causing her to get a very unflattering black eye.

“Really? The asshole infront of me almost knocked me out putting her seat back Might get a black eye Im going2 kick her seat all the way to LA,” tweeted Kelly this past Friday about the incident. The 27-year-old continued to rant on her Twitter as the situation unfolded, including the confrontation between her and the alleged reclining passenger, whom she called, well… a very descriptive label.

“Why is it that when you hit your forehead you get a black eye?” tweeted Kelly. “After kicking her seat form giving me a black she confronted me and laughed at the fact she gave me a black eye! What a ?#EuroTrashC*** “

Didn’t Kelly learn from Niall Horan that it isn’t a good idea to use the C word, as it might offend some people? In any case, Kelly was so displeased with her injury that she tweeted a photo of her black eye and told Delta Airlines to fix their seats. But it wasn’t all a bad experience for Kelly, as she noted how hospitable the flight attendant was to her.

“regardless to how shit @delta is the stewardess really looked after me! She was amazing!”

It’s good that Kelly was looked after, but perhaps she should take note for her next plane ride: Be armed and ready for quick-reclining chairs so this ugly situation doesn’t happen again.

More on The Osbournes