The first week of the Tour de France has been a dramatic one. After some outstanding performances, surprise attacks and devastating crashes, the winner of the yellow jersey is still very much up in the air.

Related story I Got The Viral TikTok Bike Desk & Okay, I'm Obsessed With It (& It's On Sale)
Will Cadel Evans win again? 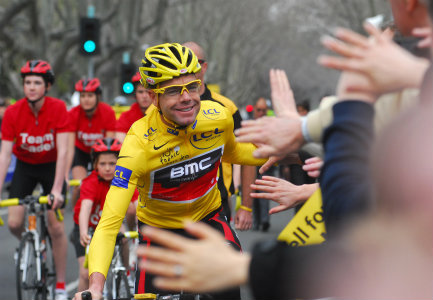 There have been quite a few shakeups leading up to and in the first week of the Tour de France. Last year’s runner-up and predicted top contender Andy Schleck didn’t even make it to the tour after a fractured pelvis forced him to pull out. The first week then claimed other top athletes, such as Samuel Sanchez and Canada’s own Ryder Hesjedal. Sanchez, 2010’s third place winner, was forced to withdraw on Sunday after he sustained injuries which, if left unhealed, would make him unable to compete in the Summer Games. Canada’s Ryder Hesjedal, who won the Giro d’Italia in May, was also forced to withdraw after a brutal crash on Friday. Hopefully he’ll recover from his injuries and be ready for the Summer Games. It’s sad to see such incredible riders have to pull out, but there are still some strong contenders left fighting.

As the winner of the 2011 tour, there’s no doubt Cadel Evans (pictured above) is a top contender. The defending champion has been fighting his way through the first week and is sitting in a good position for the next two thirds of the tour. This Australian may be among the oldest of the tour’s winners, but he has a lot of fight left in him. Known for his ability to pull off incredible bursts of power near the end, where it counts, this strong sprinter is in it for the win. 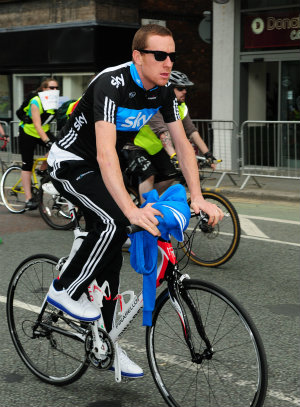 Wiggins may have begun his Tour de France career known primarily for his ability to excel at time trials, but he’s developed quite a reputation since then. In 2009, Wiggins placed fourth at the Tour, granting him the joint title of highest placed Englishman in the race’s history. No doubt this Brit is ready to earn his country an even greater title: overall winner of the 2012 yellow jersey.

With Schleck, Sanchez and Hesjedal out of the running, this may be Nibali’s year. He may not have the time trial abilities of some of his competitors, but his ability to attack when it counts won him the Vuelta a Espana (the Spanish Tour) in 2010. The Italian placed seventh in the 2009 Tour and is certainly ready and willing to raise his classification this time around.

As always, the winner of the yellow jersey isn’t the only thing to watch for. With amazing contenders competing for the green jersey (best sprinter), polka dot jersey (best climber) and white jersey (best young rider), there’s plenty of excitement to come, so don’t miss it!