And the drama continues for Kris Humphries. The NBA player has another pressing issue to deal with after reports have come out that his ex is pregnant with his child. 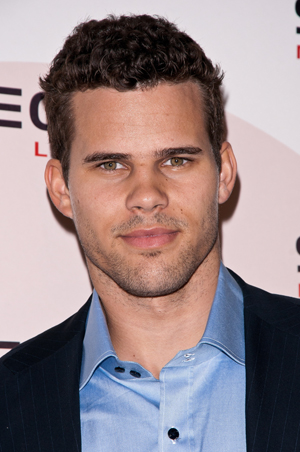 If you thought the whole Kris Humphries ex-girlfriend drama was over, think again.

As Kris Humphries continues his divorce battle against reality queen Kim Kardashian, it seems his ex, Myla Sinanaj, is bringing him some more drama to deal with: a baby! Yes, TMZ claims Kris’ ex-fling is reportedly three months pregnant with the basketball star’s baby.

Jeez, Kris just can’t catch a break lately, can he?

Sources tell the entertainment website that Myla confirmed the news on Monday and that she is sure Kris is the father.

Hmm… Myla may be sure that it’s his baby, but is Kris? Although Kris claimed his romance with the hotel worker was nothing more than a fling, sources say the two have been talking on the down low for the past few weeks.

Wait, Kris is still talking to her after she tried to extort a whole lot of dough out of him over some alleged revealing text messages and emails? We’re so confused about what Kris is thinking — honestly!

But even if the two did have a thing in the past, Myla’s sources say she doesn’t want any handouts and wants to raise the baby by herself.

We’re not sure what’s going to come out of this situation, but if this all proves to be true, we’re pretty sure Kris is going to want a paternity test. Until then, we just have to wait to see what’s next in this ongoing saga.