Everywhere you look, there he is. Benedict Cumberbatch is set to conquer the animated series world as a guest star on The Simpsons. Good idea? Bad idea? 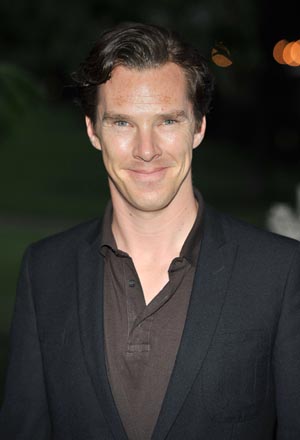 Benedict Cumberbatch is such a hot tamale right now — physically and just in the entertainment business overall.

Not only is this Brit actor appearing in The Hobbit, Star Trek II and, of course, the BBC series Sherlock, now he can add a substantial voice-acting role to his resume as well, because Mr. Cumberbatch is making a guest appearance on The Simpsons!

Such a random endeavour for the 35-year-old actor… How’d it happen?

“I was at a meeting in the same place The Simpsons is recorded and heard there was a part going in an episode,” Cumberbatch explained.

“I said, ‘I hate to muscle in here, guys, but could I record it?’ Next thing, I’m standing in a room with all those famous voices: Bart, Marge, Homer, Lisa.”

See? With a little bit of confidence and determination, no obstacle is too big. Remember that, kids!

Will you be tuning in to see Benedict’s animated debut?