Does Rihanna look like a sucker to you? The singer is suing former accounting firm for allegedly misusing her funds and the loss of millions of dollars during her 2009 tour. 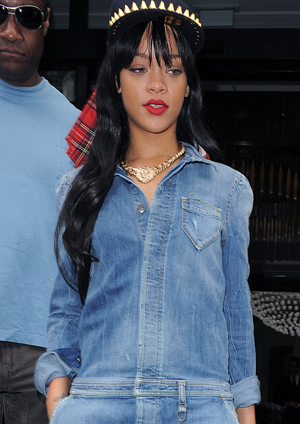 What’s better than having money? Suing to get even more money.

Rihanna (under her real name, Robyn Fenty) is suing a New York-based accounting firm for millions of dollars worth of losses from her tours.

The singer filed the suit yesterday in Manhattan, New York, against Berdon LLP and two accountants, seeking unspecified damages. Rihanna is accusing her former accountants of poor bookkeeping, swindling and failing to advise her to cut the tour expenses to avoid losses.

The 2009 “Last Girl on Earth” tour managed to dip into negatives, despite significant revenues; the defendants managed to keep 22 per cent of the profits while allotting Rihanna only 6 per cent. The lawsuit also claims that the weighty commission the firm pocketed from revenues (which is not a standard practice in accounting to begin with) left it no motivation to advise the singer to hit the brakes on expenditures.

Rihanna hired the accountants when she was 16 years old and just beginning to embark on her career. She fired them in 2010.

Maybe they’re the reason accountants are stereotypically portrayed as el Diablo’s amigos… Rihanna was a kid; they saw an opportunity to manipulate and make a pretty penny in the process. There ye have it.