We love summer, but sometimes it’s just too hot to play outside. Staying indoors with the sweet, sweet air conditioning is a perfectly acceptable way to enjoy the summer, especially if you’re enjoying summer movies while you’re there! 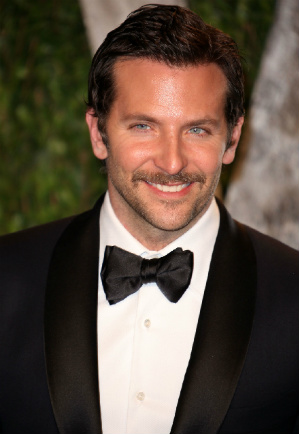 Here’s the thing about summer: We couldn’t be more grateful for the glorious heat and sunshine it brings, especially in Canada, where a winter can feel longer than anything suffered on Game of Thrones. And we know beggars really can’t be choosers, but for the love of everything that is holy, why must summer sometimes hit all at once? It’s as though Mother Nature heard us Canadians whining for some hot weather and, in spiteful frustration, thrust upon us an unrelenting summer heat that has us begging for a blizzard.

We almost hate to say it, but during these dog days of summer, when it takes five minutes just to peel yourself off your patio chair, we’d almost rather be inside than out. Even tanning starts to lose its appeal; the oppressive sun feels like it’s violently assaulting our skin rather than gently tinting it. At times like these, we’ll take pasty legs over singed limbs, thanks.

Not to worry, though. Boycotting the heat and opting for the ice-cold over-air-conditioned indoors doesn’t mean you need to turn your back on summer altogether. You can make the most of waiting out the heat wave by watching a selection of summer-iffic movies. Before you know it, the forgivingly cool(ish) evening will be upon you, and your energy and enthusiasm for summer will be restored in no time! Here are some movies we recommend:

Nothing like a little Freddie Prinze, Jr. and Jessica Biel to keep things nice and steamy. In this 2001 classic chick flick, Freddie stars as Ryan, a hotshot young baseball star looking to get picked to play in the big leagues. When he’s not killing it on the baseball diamond at night, Ryan’s tending the garden and grounds of the rich and beautiful Tenley’s (Jessica Biel) vacation house. What starts out as a summer fling turns into something much deeper. Trouble arises when Ryan’s feelings for Tenley start to distract him from his A game. It’s a perfect summer romance movie with lots of good-looking boys in baseball uniforms — including former teen dreams Wilmer Valderrama and Matthew Lillard — and a young, pre-superstardom Jessica Biel.

Two words: summer lovin’. Revisit this little gem from 1978, and remind yourself of the magic that is a young summer romance. And while you’re walking down memory lane, take a moment to recall the days when John Travolta was known simply as a heartthrob and not a potential creep. The best part about watching Grease indoors is that you can sing along to your heart’s content without worrying about what people will think. In no time, you’ll be pumped to go out and have your own unforgettable su-hummer ni-hight.

There’s a reason this movie has such a large cult following. With a cast that includes Amy Poehler, Bradley Cooper, Paul Rudd and Elizabeth Banks (to name just a few) before they all became the celebrity big shots they are today, not to mention sex, drugs, rock and roll, aliens, summer camp, a gay wedding, infidelity and a good old-fashioned talent show, we’d be surpised if there’s anoyone who doesn’t love this 2001 comedy. And for all you diehard fans of the movie, there has been serious talk of a sequel coming soon to a theatre near you. Apparently the whole gang is reuniting for a movie that will jump back in right where the first one left off. It is of little concern, of course, that all the actors will have aged 11 years in the one-minute span between the first and second Wet Hot American Summers.

And just in case Wet Hot American Summer doesn’t sate your nostalgia for summer camp, there’s always the classic comedy Meatballs, the 1979 flick directed by Canadian filmmaker Ivan Reitman and starring Bill Murray in his first leading role. It follows the antics of a motley crew of campers and their staff as each of them navigates their way through the excitement and confusion that summer camp can bring. A guaranteed good time, and to this day, one of the most popular summer-themed movies in existence.