This is how dreams are made. The co-starring role for the new Lindsay Lohan film has not been filled. So the casting is being extended to Toronto. Are you in? 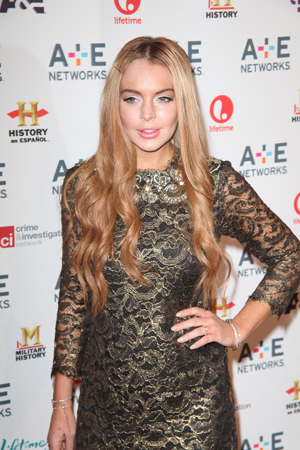 Are you an actress who has always dreamt of sharing the big screen with Lindsay Lohan?

But in all seriousness, the opportunity to appear with Linny in a film is not as far-fetched as it sounds (and we don’t mean a private home video, by the way).

Paul Schrader, the director of Lohan’s next film endeavour, The Canyons, is extending the casting call to Toronto to find a young actress to play the role of Caitlin.

“She is a very attractive twentysomething socialite, and an emotional turn for her in the scene requires an actress of certain emotional depth,” stated Braxton Pope, producer of The Canyons.

The movie is based on the script written by Bret Easton Ellis (who also penned American Psycho) and focuses on the struggles of twentysomethings seeking success and power in Hollywood. It stars Lohan and adult film actor James Deen.

The film’s producers decided to embrace and use technology to their advantage, having raised their $100,000-plus budget through the website Kickstarter. And the role of Caitlin will actually be cast through the social media website Mobli.

“We really wanted to not go a traditional route and have traditional casting sessions” said Pope. “Nothing about the film has been orchestrated in a traditional Hollywood way.”

So if you love Lindsay and want to play the fame-seeking game, this is right up your alley. Plus, that James Deen guy is kind of cute — although he claims to have slept with about 3,000 women. Ain’t no thang, right?

Opinions? Will you be logging on to check out the casting call details?