Having a baby and starting a family has become one of the best ways for stars to either increase or preserve their popularity. But what about the celebs who don’t want kids? Are they putting their careers at risk? 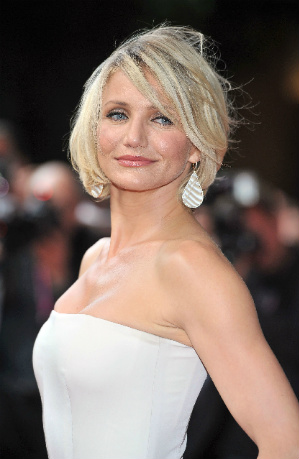 Did you hear? Adele is pregnant! And so is Claire Danes! And Matthew McConaughey and Camila Alves are expecting their third child! And did you see the new pics of Snooki‘s baby bump? Or Megan Fox‘s? Or the ones of Jessica Simpson‘s little baby Maxwell? And pregnant, pregnant, pregnant, baby, baby, baby!

Except for a DUI, there is practically nothing that guarantees celebrities as much publicity as the news that they are having kids. We know this because every single day there seems to be news about yet another celebrity’s family expanding or an update on someone’s pregnant belly or who has just adopted another child. The rate of birth in Hollywood alone probably exceeds that of many countries.

This baby obsession has grown steadily over the past few years. Once it became obvious how much fawning attention pregnant stars were getting from their rabid, gossip-crazed fans, suddenly everyone started getting pregnant. Even Snooki, who was once the poster child of irresponsibility and self-involvement and the celebrity everyone loved to hate, managed to soften the hearts of the public, not to mention increase her public exposure (as if that was even possible), when she revealed she was expecting. And those stars who are not expecting, like Khloe Kardashian, make it very clear how hard they are trying to get pregnant so as not to give the impression that they are cold-hearted, child-hating monsters. It’s no secret: Starting (or wanting) a family, for all the publicity it ensures and the popularity it wins you among the plebians, is one of the best career moves you can make in Hollywood.

But what of those cold-hearted, child-hating monsters? Amidst this mass of placid, family-oriented stars lurks the odd celeb with no intention of ever starting a family. However, even those rebellious, child-free stars know not to give an unequivocal “no” when asked about whether they want kids. Cameron Diaz and Eva Mendes famously stated in interviews that they are less inclined to have children, but both of them “don’t know” if that will always be the case. For stars like Cameron and Eva, ambiguity is important when it comes to their stands on having kids: Everyone is left feeling hopeful they will one day change their minds, and they don’t risk sabotaging their popularity.

Based on the level of excitement that erupts just from the image of a star’s food baby after a big meal, we don’t see this family fad dying down any time soon. Will the childless celebrities go from an endangered species to completely extinct? Or will we soon see a backlash from proudly barren stars who openly state their preference of the kid-free, glamorous life? One thing we will say: If a war breaks out between the two sides, those kidless stars better come up with a childproof strategy — that army of Hollywood families is going to be huge.

A wedding for Adele? Pregnant singer’s boyfriend to propose
Do children of celebrities have a responsibility to behave?
Playtime with the Obamas: Gwen Stefani to host fundraiser