You may not get a card in the post, but Anderson Cooper appreciates your positive vibes. The journalist thanked his supporters for the positive messages he received after publicly announcing he’s gay. 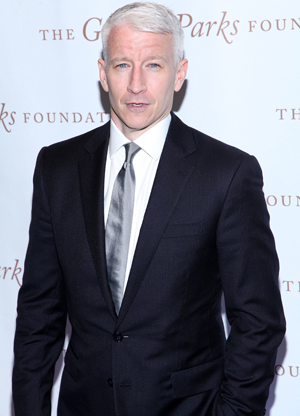 While many of us knew it all along, apparently the rest of the world was in le shock when Anderson Cooper came out of the closet.

The Twitterverse is still a-buzzing with Cooper-related tweets, and his own page is flooded with support from fellow celebrities. Let’s check some of them out, shall we?

Sarah Hyland quipped, “Women across nation are grieving that Gloria Vanderbilt will never be there motherinlaw. So proud of @andersoncooper. You silver fox you :)”

“A bold and beautiful statement by someone who is smarter than all of us, journalist @andersoncooper,” tweeted Kristen Bell.

As Taylor Swift would say, teardrops on our guitars. Years of pining after that silver-haired head of his, all for naught. But he’s a brave and happy man, and that’s what counts, right?

Cooper, of course, was not oblivious to the flood of love sent his way and typed out a quick “thank you” for the support.

“I appreciate all the nice tweets,” he tweeted. “I am in Botswana working but want to wish everyone a great 4th of July!”

Bam! There ye have it. Opinions?