It’s July 4, which means our neighbours to the south are having a giant party. Suffering from some FOMO? Let’s join in the celebration with some props to America for what it’s given us! 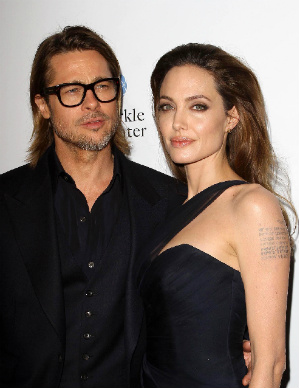 Canada Day has come and gone in a blur of maple leaves, beer cans and fireworks. And while some of us happily headed off to work yesterday, our celebratory appetites perfectly sated from a blissful and festive long weekend, many of us remain unsatisfied, itching for one more night of patriotic partying. Luckily there’s a huge celebration going on today just south of us, as Americans celebrate Independence Day. Let’s join them!

There are plenty of reasons to celebrate America. For many years it has been a reliable neighbour to Canada, populated by friendly, enthusiastic go-getters, with a diverse landscape that takes our breath away. Even though we are Canadian, we can’t help but get swept up in the romance of classic Americana or the United States’ rich and fascinating history; before we know it, we’re singing God Bless America at the tops of our lungs. And while we intend to put up a serious fight against team U.S.A. in a few weeks at the 2012 summer games, for now we celebrate America and recognize just a few of the many things it has given us.

Before American Idol, people just sang. They’d get up at karaoke or participate in talent shows and, without any bells and whistles or delusional assumptions about themselves or their level of talent, they simply sang the songs they were there to sing. Thanks to American Idol, people don’t just sing; they perform. American Idol has instilled in all of us Canadians — a people generally consumed with self-doubt and a sense of inferiority — the belief that we have what it takes to make it; if all those nobodies on American Idol can rise to a level of inconceivable fame and fortune, anybody can! We’re all stars just waiting to be discovered. Plus, it’s given us Simon Cowell, who has taught us that judging others can be a true art.

No family in Canada — no matter how hyperactive or extravagant — even comes close to the Kardashian clan. The Kardashians have taught us the true meaning of familial hijinks and love-hate relationships. They’ve shown us what it is like to live a life of inconceivable wealth and luxury, and have brought into our lives such new terms as “bible” (“I swear”) and “Kardash” (a unit of time measurement that’s 72 days long — the length of Kim’s marriage to Kris Humphries). Most important, though, despite their wreckless behaviour and frequent disrespect toward one another, they have reminded us how important family is. The Kardashians are a solid unit, and family is always the bottom line for them. Even amidst naked photo shoots and shotgun weddings, the Kardashians still manage to maintain strong family ties, giving hope to Canadian families everywhere.

We may be the world’s second largest land mass, but it’s thanks to America that we now recognize what it truly means to be big. Never to be left wanting more, Americans have proudly adopted the philosophy that bigger is better. America has shown us how to master the all-you-can-eat buffet, the importance of pyrotechnics in performances of any kind and the necessity of being heard loud and clear. We may have looser belts, burnt skin and hoarse voices, but we sure have a better idea of how to make a real statement!

We will forever be grateful to America for its generous contribution to the world in the form of Brad Pitt and Angelina Jolie. For them to exist separately from each other would have been sufficient in making this planet a prettier place to live. As a bonus, though, they now comprise the blindingly attractive unit known as Brangelina. Without America, the birthplace of both Brad and Angie and the site of their most frequent residence, this happy phenomenon wouldn’t have occurred, and the world would be a little more dull. God bless America.