Gwen Stefani is getting ready for some good, kid-friendly fun, as she plans to host a fundraiser at her abode to raise money for the Obama campaign, which will have her and the first lady enjoying a day of family fun. 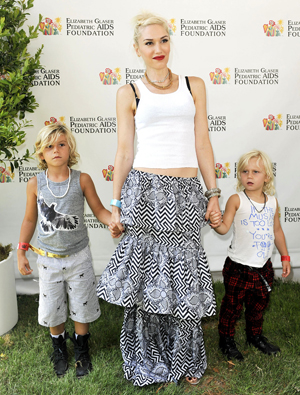 The Obamas are getting ready to rock out with Gwen Stefani!

Well, not exactly, but the No Doubt singer will be the latest celebrity to host a fundraiser for the Obama re-election campaign, and according to The Hollywood Reporter, this fundraiser will be all about family.

Gwen, along with first lady Michelle Obama, will be holding the “Family Day” fundraiser at the eccentric singer’s Beverly Hills home on August 12, and believe it or not, the price tag for a chance to meet Michelle Obama and Gwen’s family isn’t that bad. According to The Hollywood Reporter, for a $1,000 donation, you can enjoy the festivities at the Gwen’s house, and for $5,000, you can mingle with the first lady and the “Hollaback Girl” artist. And this won’t just be all grown-up talk; tots are invited too (hence the “Family Day” title).

Wow! The Obamas are really popular among celebrities, aren’t they? They are definitely proving that politics isn’t boring; it can be fun, sophisticated and a great opportunity for like-minded individuals to get together. For example, just last month, Sex and the City actress Sarah Jessica Parker held a star-studded fundraiser at her New York home for President Obama and his wife, and the same night, songstress Mariah Carey held another fundraiser for President Barack Obama’s campaign, raising $2.5 million. But the celebrity support doesn’t stop there; George Clooney, Ellen DeGeneres and Marc Anthony have all supported the president using their celebrity status.

Hmm… Wonder which celebrity will be next? Who do you think it will be?