It’s not very often you can get a date with a total hunk who just happens to also play a vampire on television; it’s like two fantasies in one! But the Vampire Diaries star is giving one lucky fan a chance to meet and eat with him, and all they have to do to win is bid. 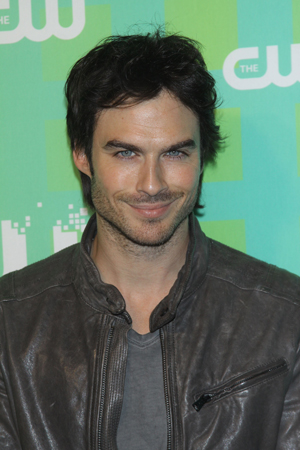 A date with a hot vampire? Who can resist?

Yes, Vampire Diaries fanatics will be pleased to know they have a chance to go out with hottie Ian Somerhalder, all for the sake of charity. According to Entertainment Weekly, the talented — and might we say very attractive — actor is hosting an auction with CharityBuzz, with the highest bidder winning the chance to have lunch with Ian himself.

Can you imagine having the opportunity to star in Ian’s beautiful, bright blue eyes for a whole lunch hour? Who can even think of eating food at a time like that?

And the reason Ian is raising money will melt your heart just as much as his stunning looks. You see, the 33-year-old, who plays Damon Salvatore on the hit vampire show, is raising funds for his foundation — the Ian Somerhalder Foundation — to open up an animal sanctuary.

“There are too many animals that are abused, mistreated and abandoned. They’ve been ostracized, they have behavioural issues and they’re starving. It’s just unbelievable what we’ve done to the animals, and I think that’s why this is so important,” says Ian to Entertainment Weekly about what the foundation means to him.

Ian says the sanctuary won’t just be for animals, but also for troubled youth who will benefit from its nurturing habitat.

“If we can give animals a home, we can also take the youth of our country and our world — kids who have behavioural issues, bullying other kids, and halting the progression of those around them — and bring them together to learn compassion from one another.”

Yes, you may swoon now, and FYI: Nina Dobrev, you are one lucky girl.