Sadly the charming, folksy Andy Griffith passed away today in his home. He was most famous for his television work and Grammy award-winning hymns. 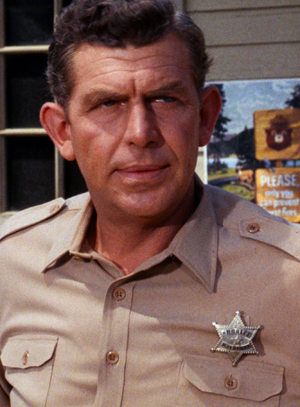 The word “howdy” will never be the same.

The always hilarious actor Andy Griffith died in his home on Roanoke Island this Tuesday at the age of 86.

“Andy was a person of incredibly strong Christian faith and was prepared for the day he would be called home to his Lord,” said his wife, Cindi Griffith, in an issued statement.

Griffith was best known for his role in The Andy Griffith Show (running from 1960 to 1968) as Sheriff Andy Taylor in a small, fictional town called Mayberry, North Carolina. Later in his career, he played Ben Matlock in the crime-solving series Matlock (1986-1992).

“Throughout his career, he represented everything that was good about North Carolina: a small-town boy and UNC graduate who took a lighthearted approach to some of the attributes he grew up with and turned them into a spectacularly successful career,” stated Beverly Perdue, governor of North Carolina. “And regardless of where that career took him, he always came back to North Carolina and spent his final years here.”

She added, “North Carolina has lost its favourite son.”

Griffith is a member of the Television Hall of Fame and was honoured with a Presidential Medal of Freedom in 2005. He even earned a Grammy for a Christian gospel album, I Love to Tell the Story: 25 Timeless Hymns, in 1996.

Griffith has had a stunning career and stayed true to his roots. We will miss his comedy and voice. It’s time for The Andy Griffith Show weekend marathon, no?